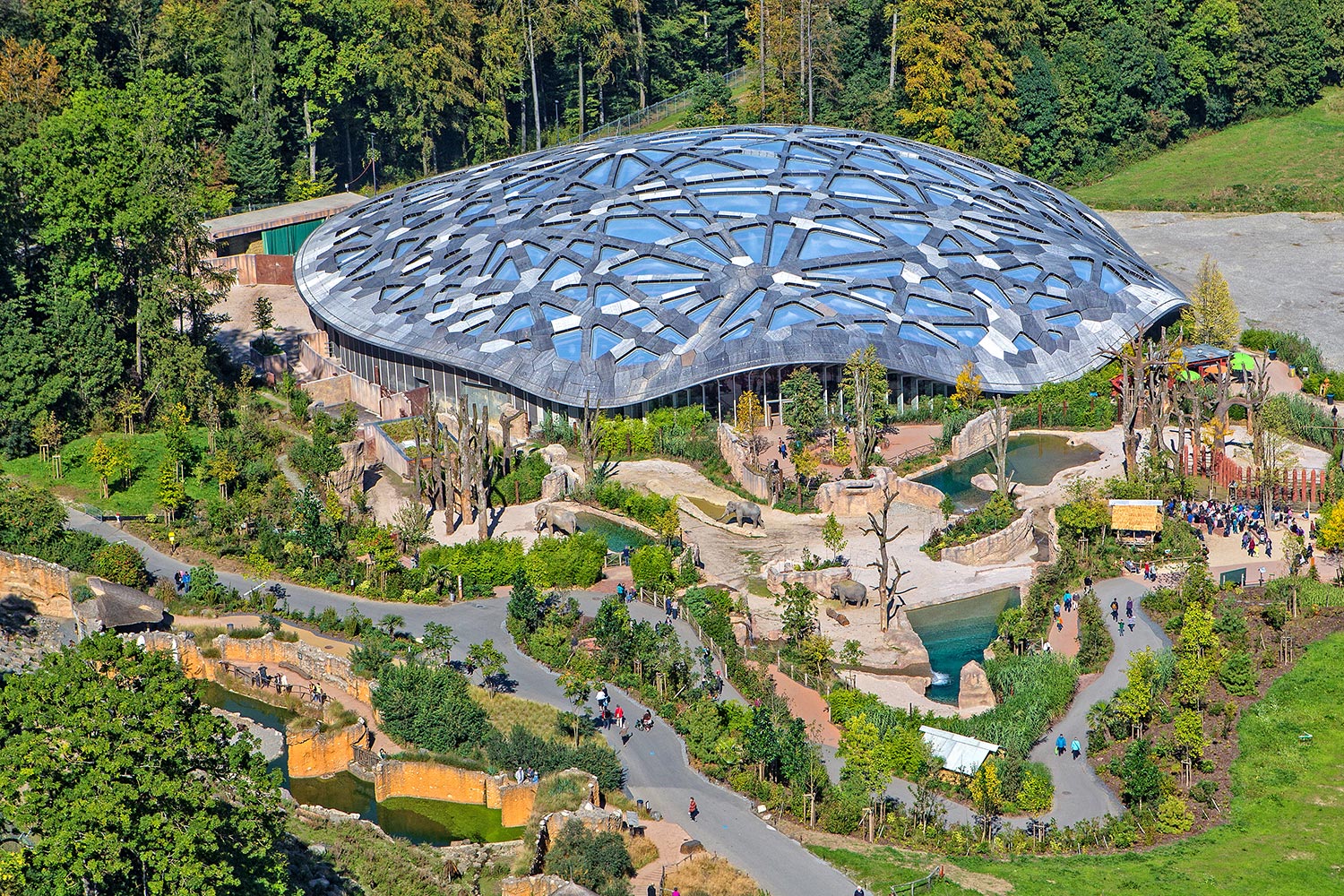 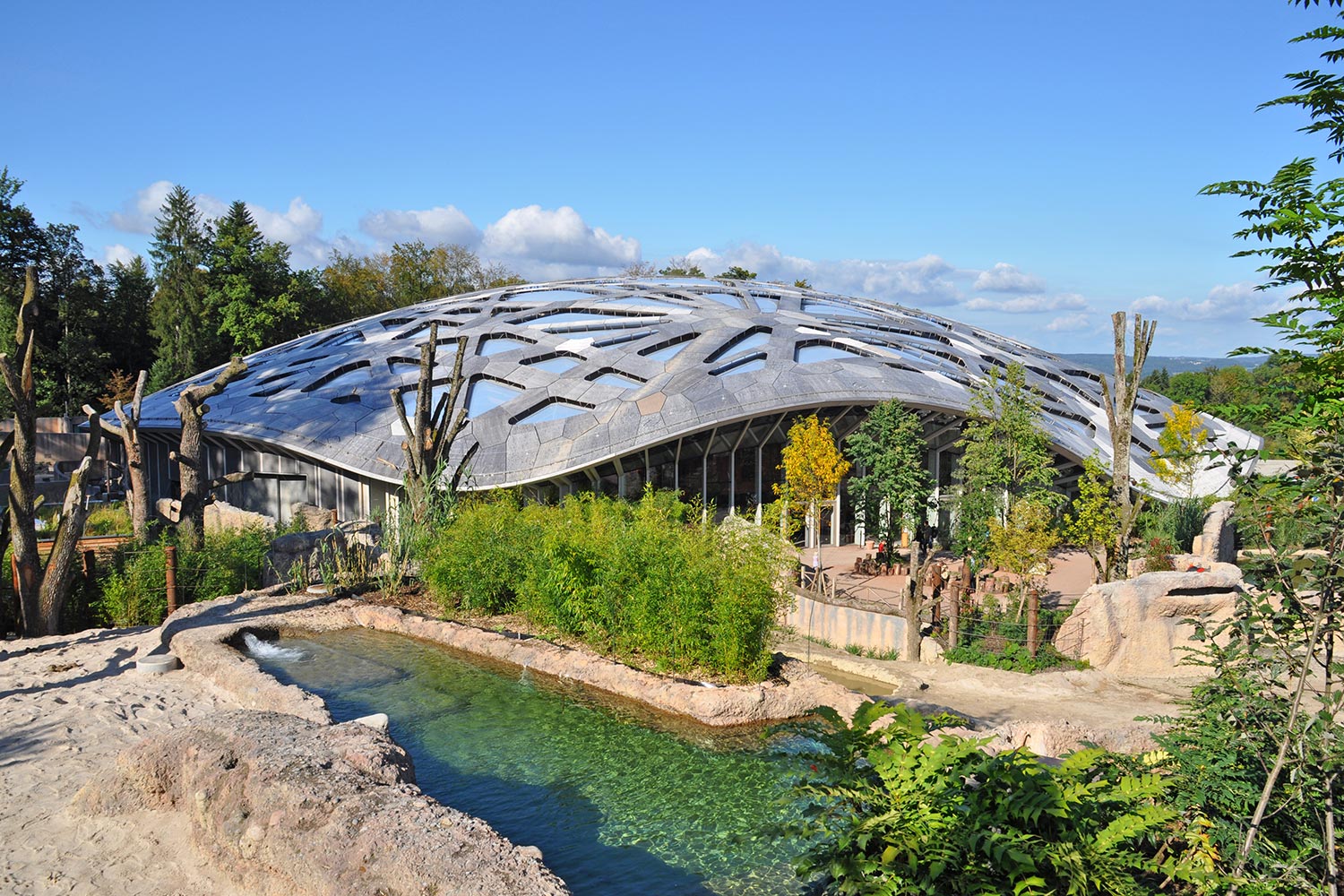 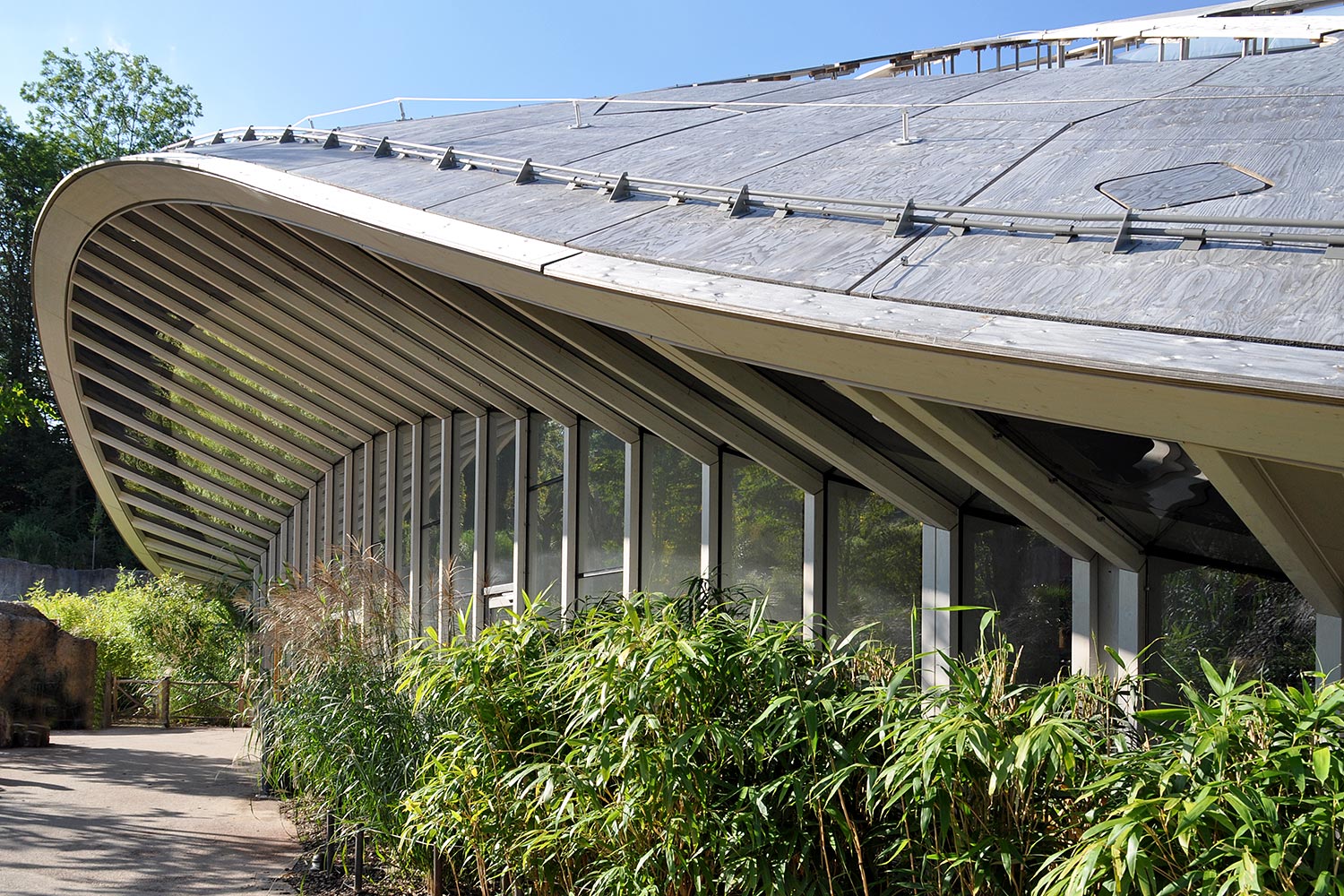 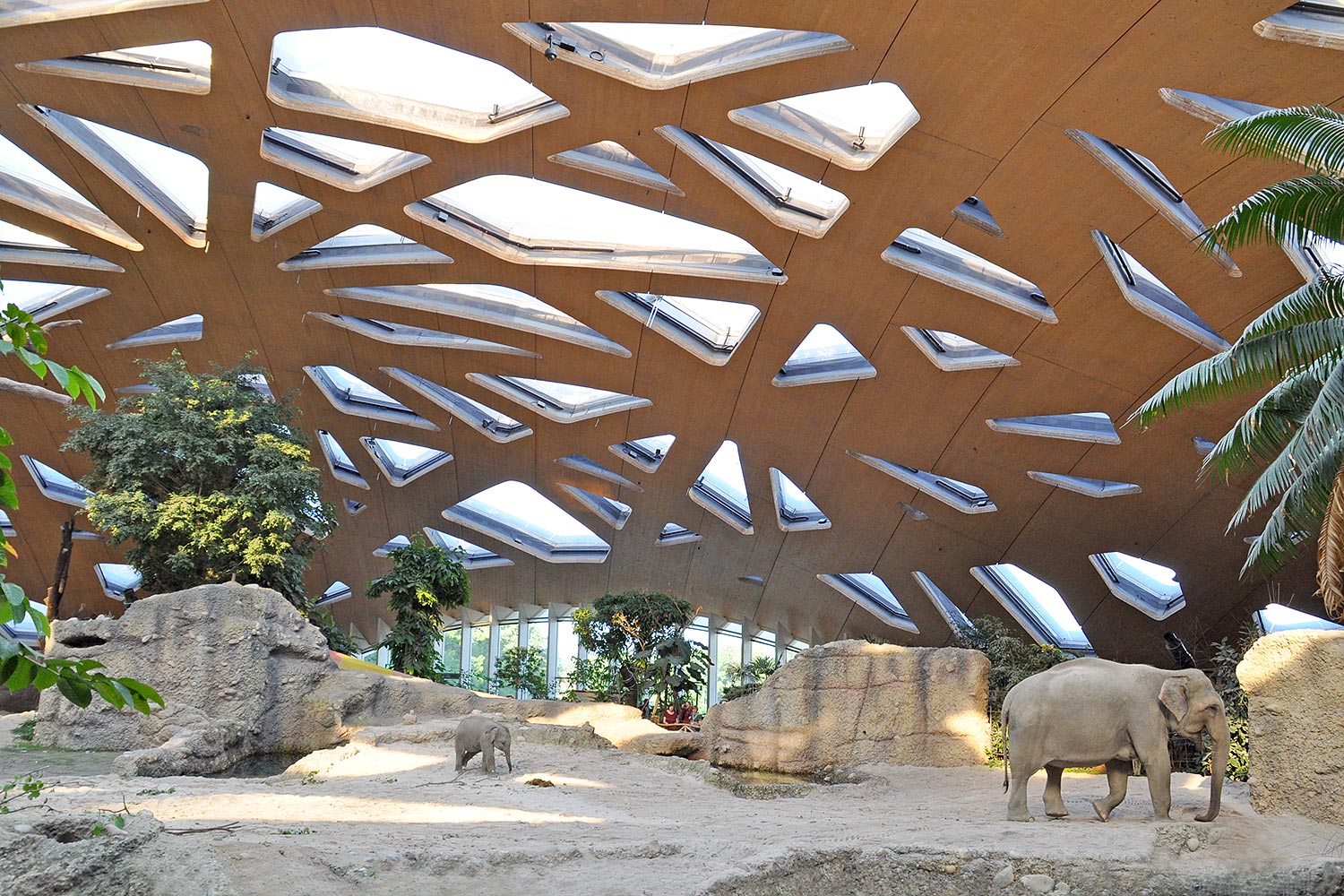 The 6,000-m2 roof of the new elephant house is a wooden structure with a diameter of 85 m. The roof structure acts as a self-supporting shell structure perforated by 271 skylights with a circumferential prestressed concrete ring beam that connects local abutment areas. Sunlight filters through an intricate roof structure as though through a canopy of leaves, creating patterns of light and shadows made up of shifting moods of light with fascinating contrasts.

Through a specially developed process of shaping and smoothing, the building material cross-laminated timber in combination with extensive nailing was turned into a ductile and robust areal supporting structure. As a hybrid structure in combination with prestressed concrete for the ring beam and abutments, it was possible to realise an efficient supporting structure with a reduced amount of material which is thus sustainable for the client.

Structural engineering from concepting to execution