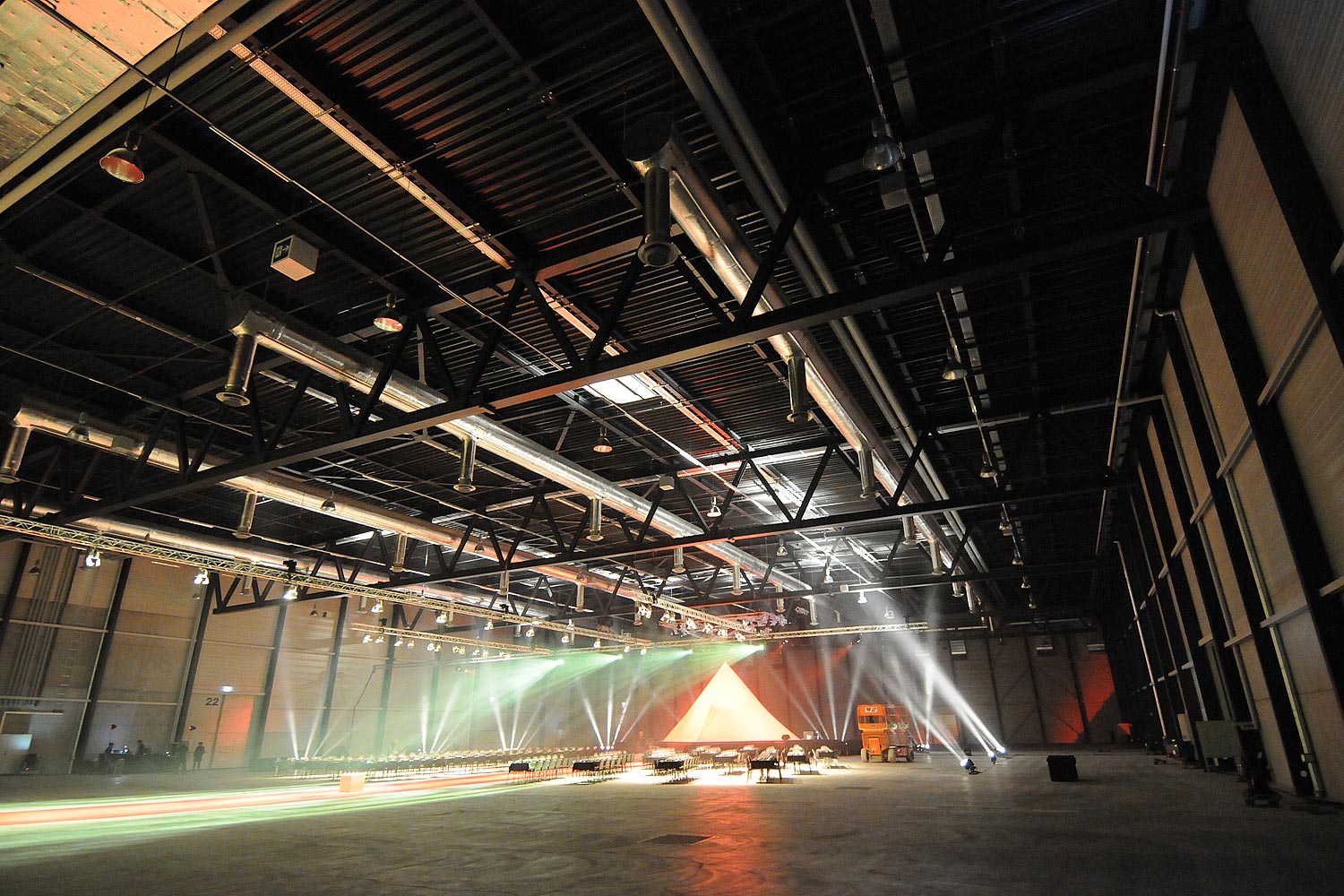 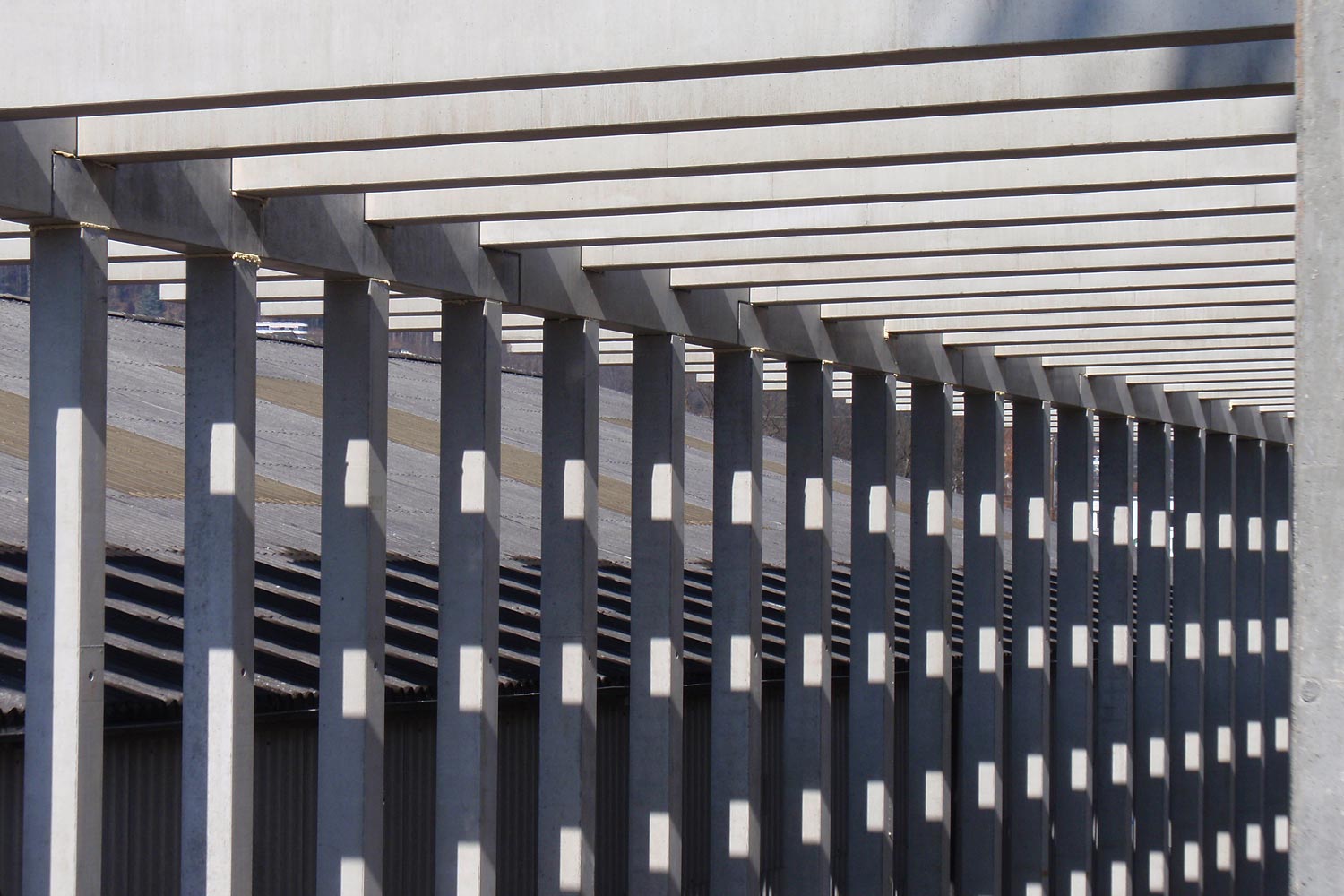 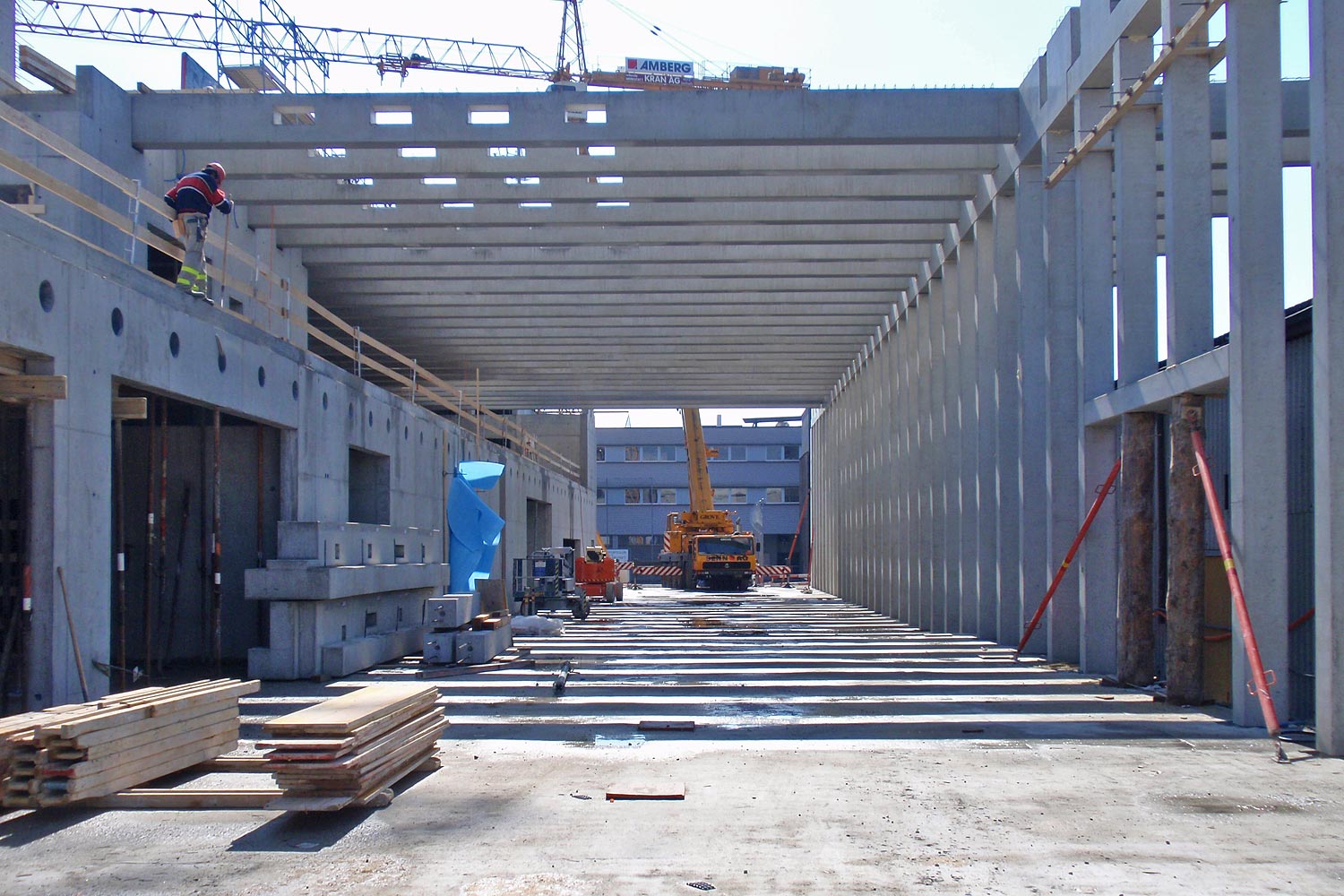 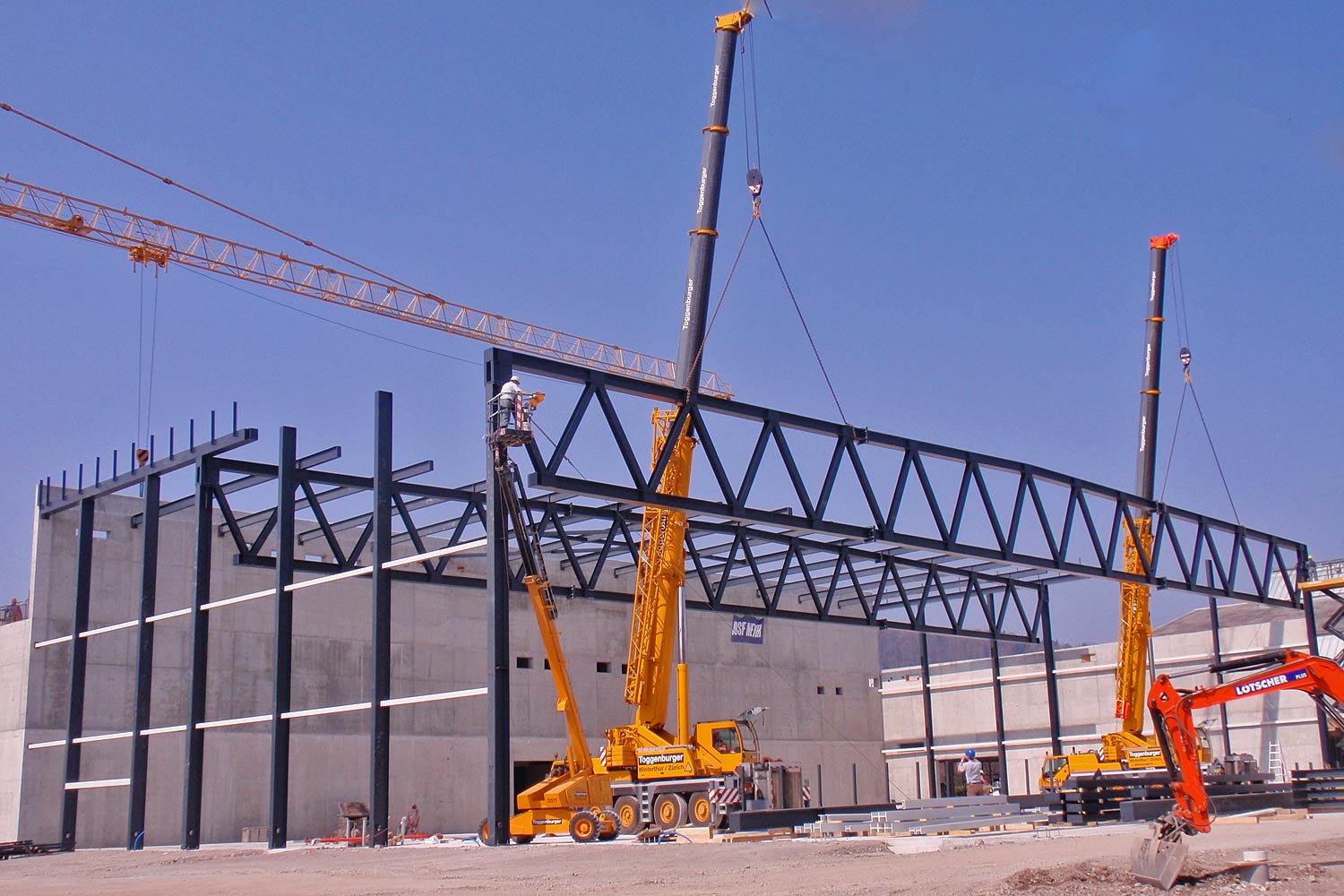 The new Lucerne Exhibition Centre consists of two single-storey buildings, each with 5,000 m2 of ground-plan area and a two- to three-storey front building, which connects the two exhibi-tion halls on the front end side. The front building houses a spacious foyer and restaurant as well as offices and other ancillary rooms.

Welded steel trussed girders spanning 56 m cover the exhibition halls column-free. Purlins and trapezoidal sheet metal form the secondary roof supporting structure, which in addition to the snow load, is able to bear extensive planting, photovoltaic systems and suspension loads for events. The front building is designed as massive construction with slender prefabricated con-crete beams, which protrude 5 m above the entrance area. The load-bearing system for the ceilings is formed by a slim composite sheet metal ceiling resting on the concrete beams. A particular challenge was posed by the poor load-bearing capability of the foundation soil, which required the supporting structure of the building and of the exhibition hall floor slab to be constructed on piles end-to-end.

Planning of foundations, supporting structure and surroundings from concept to execution