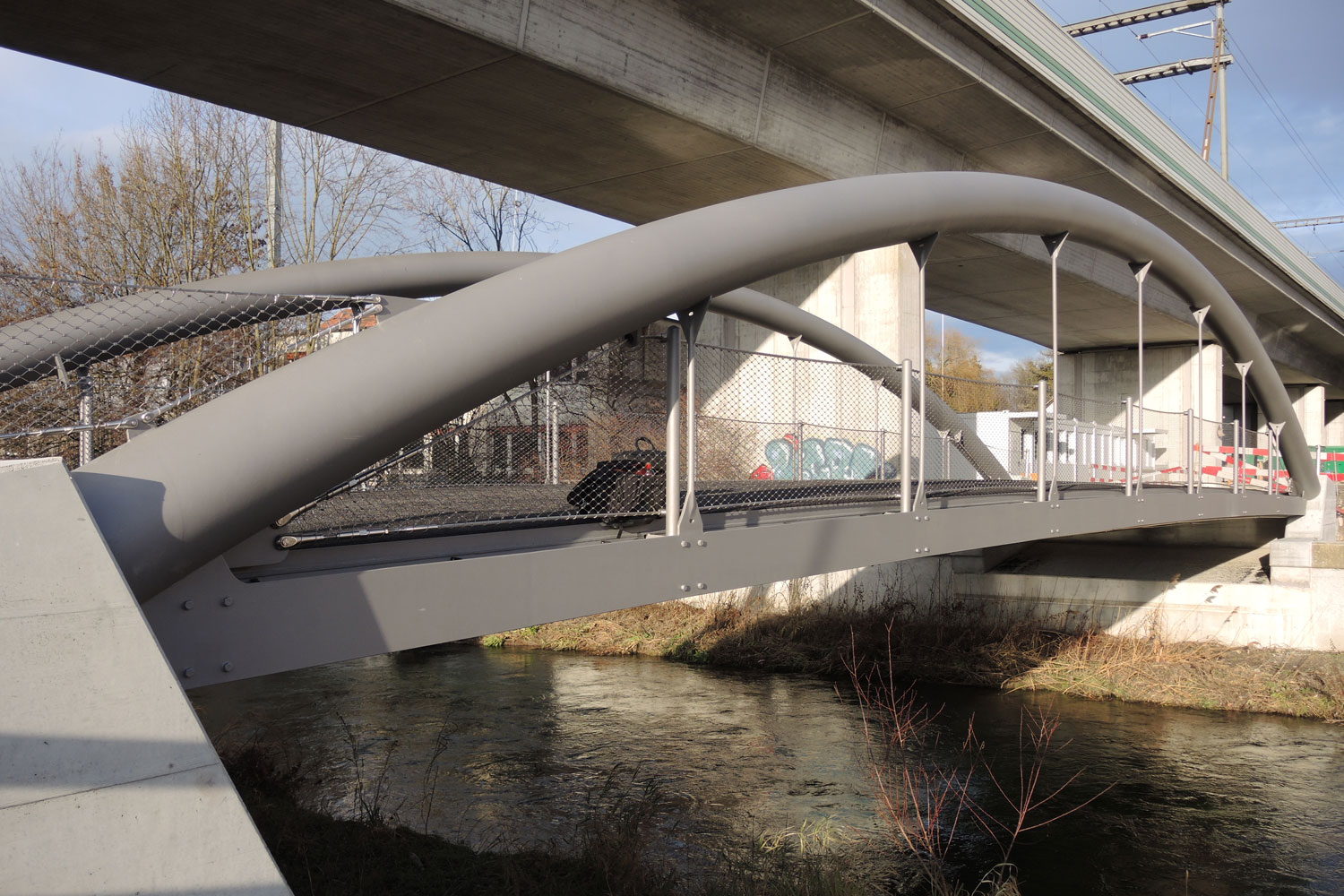 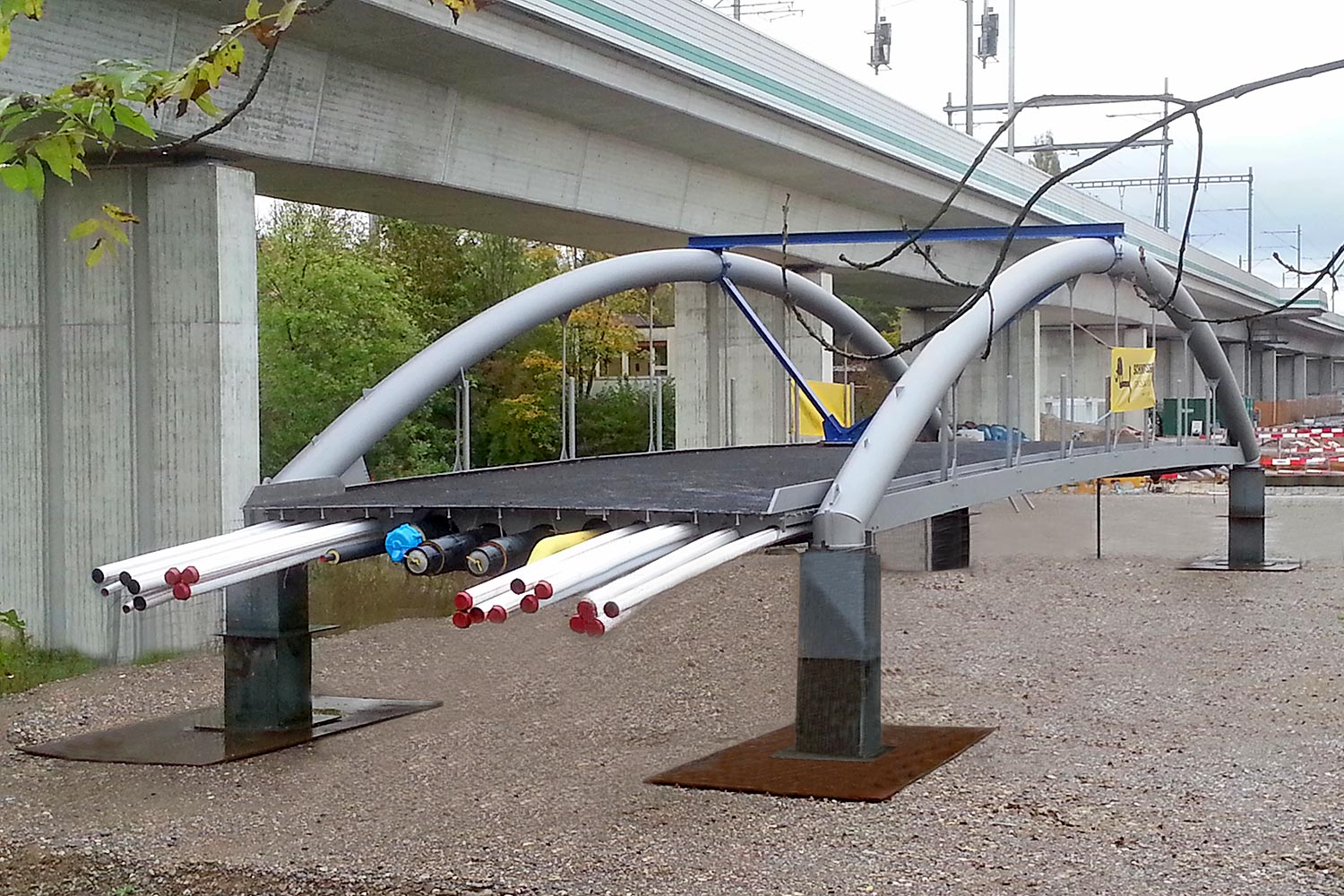 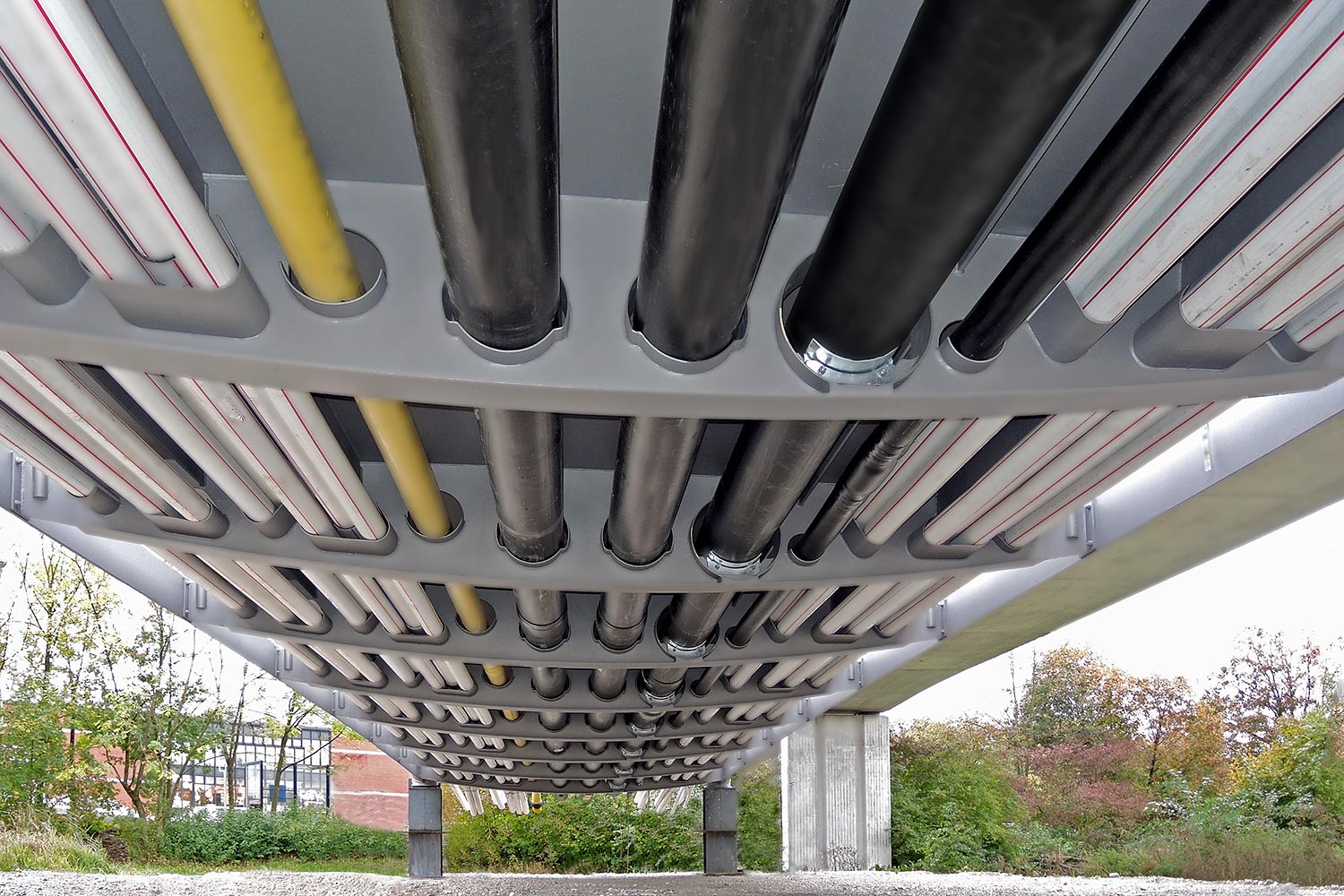 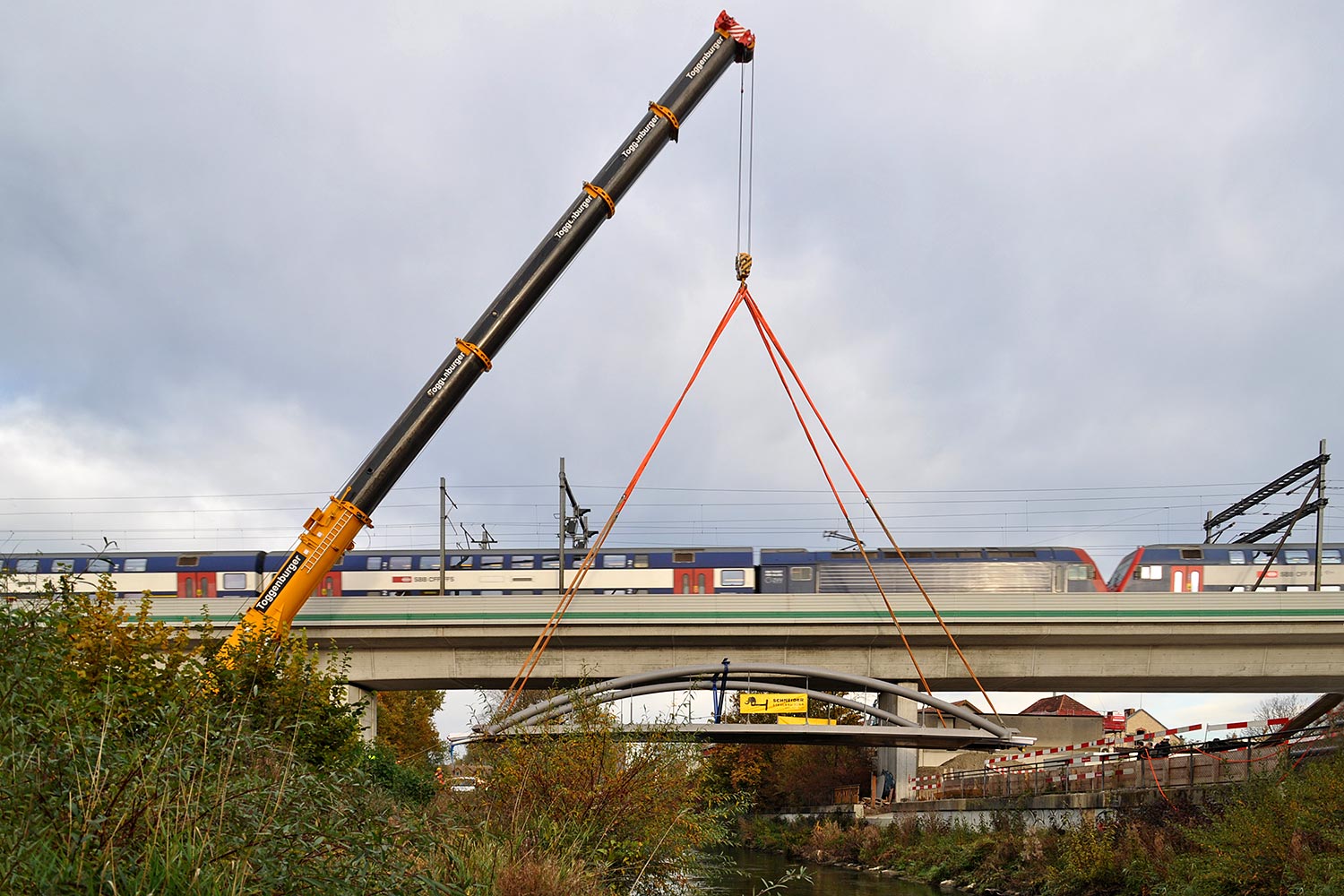 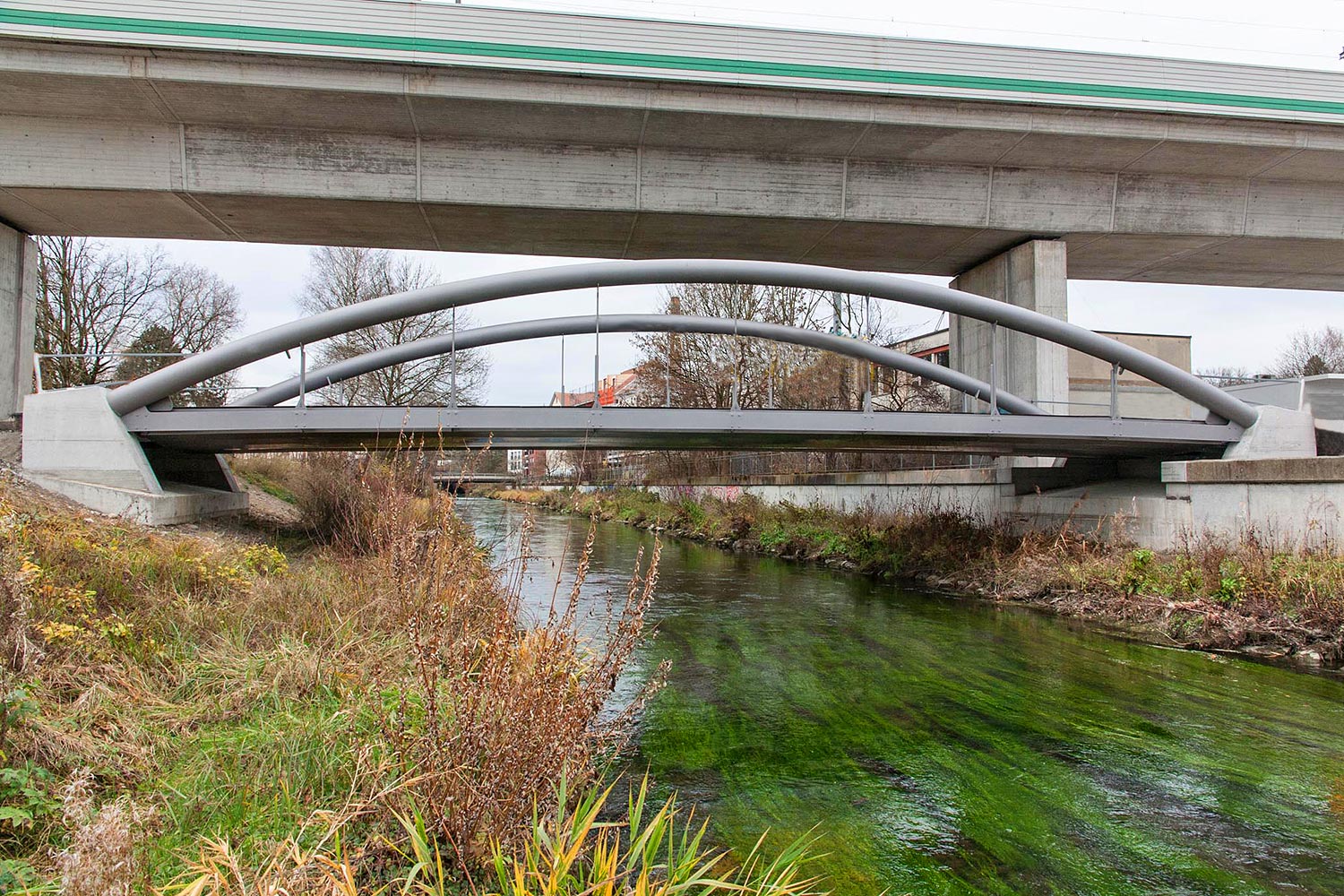 A bridge for pedestrians and factory conduits, it spans 24.5 m over the River Glatt and is 6.5 m in width. The main supporting structure of this steel bridge consists of two arches with a pipe cross-section. The arches are fixed in the abutments to ensure horizontal stability. Suspended on the arches is the carriageway slab, which consists of haunched cross-beams with an I cross-section at intervals of approx. 2.6 m and an overlying ribbed sheet-metal tray. The cross-beams are provided with recesses for the factory conduits to run through. The carriageway for the bridge is an asphalt topping applied on the sheet-metal tray. Due to the poor load-bearing capability of the foundation soil, the foundation of the bridge is made using two large-diameter bored piles per abutment.