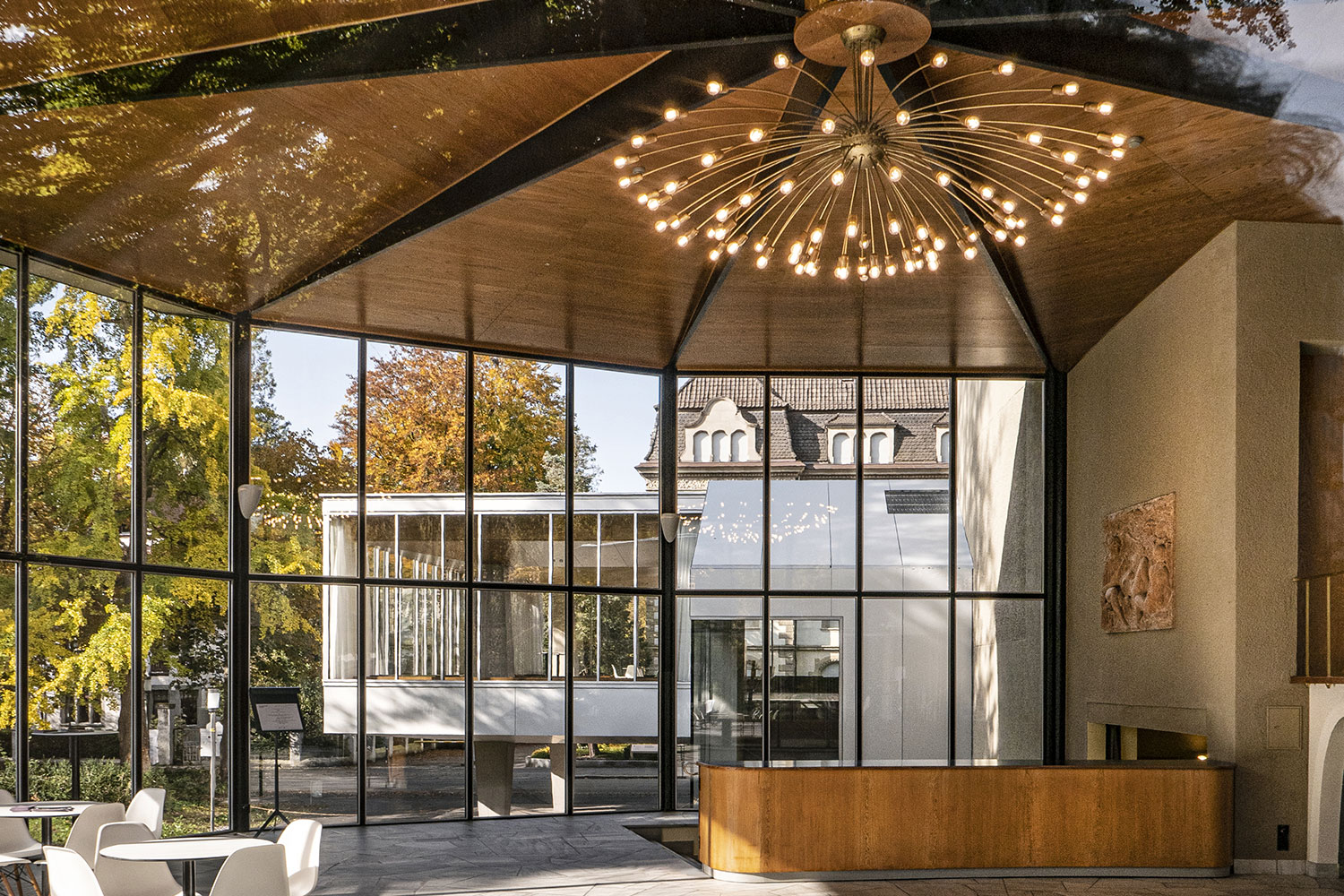 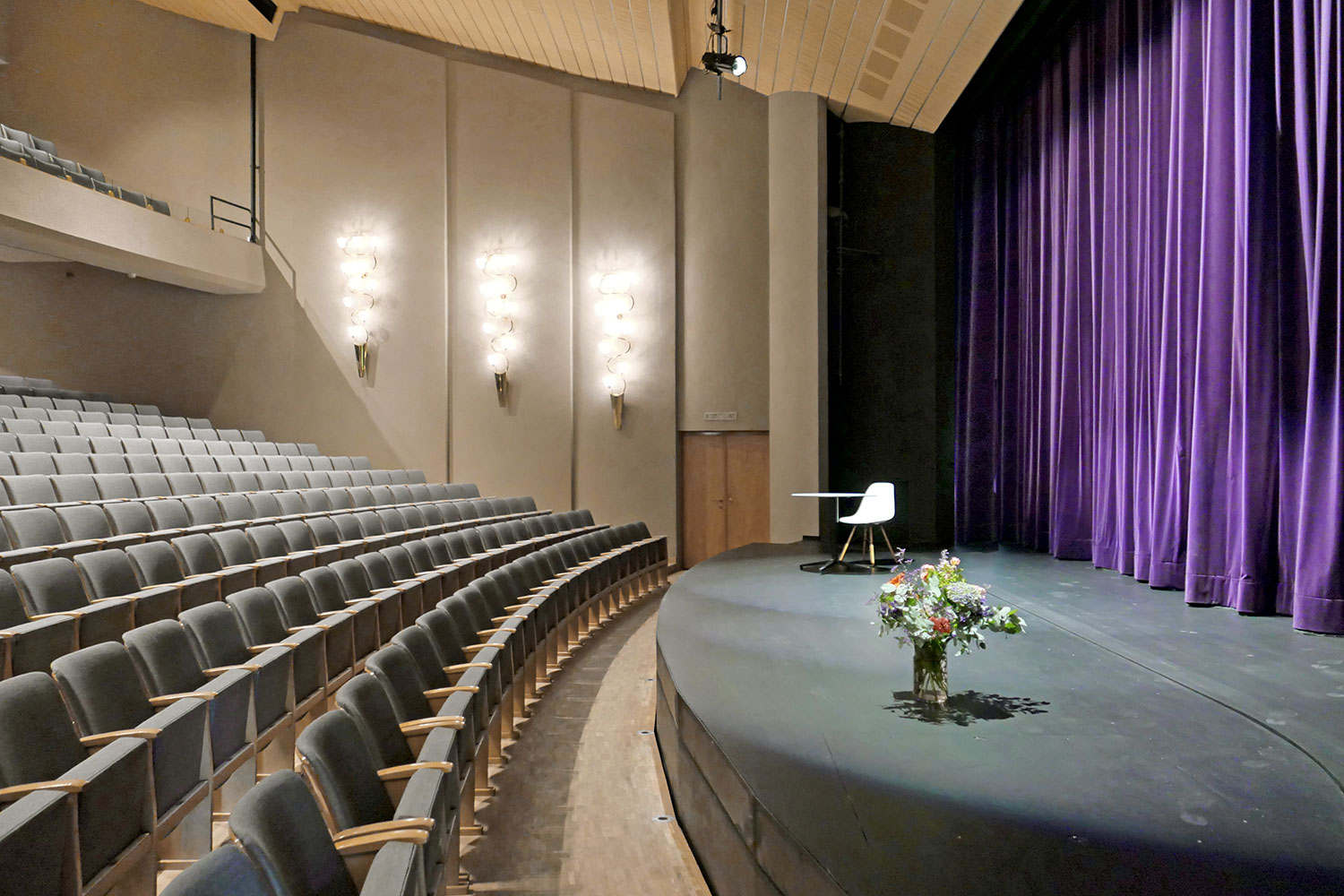 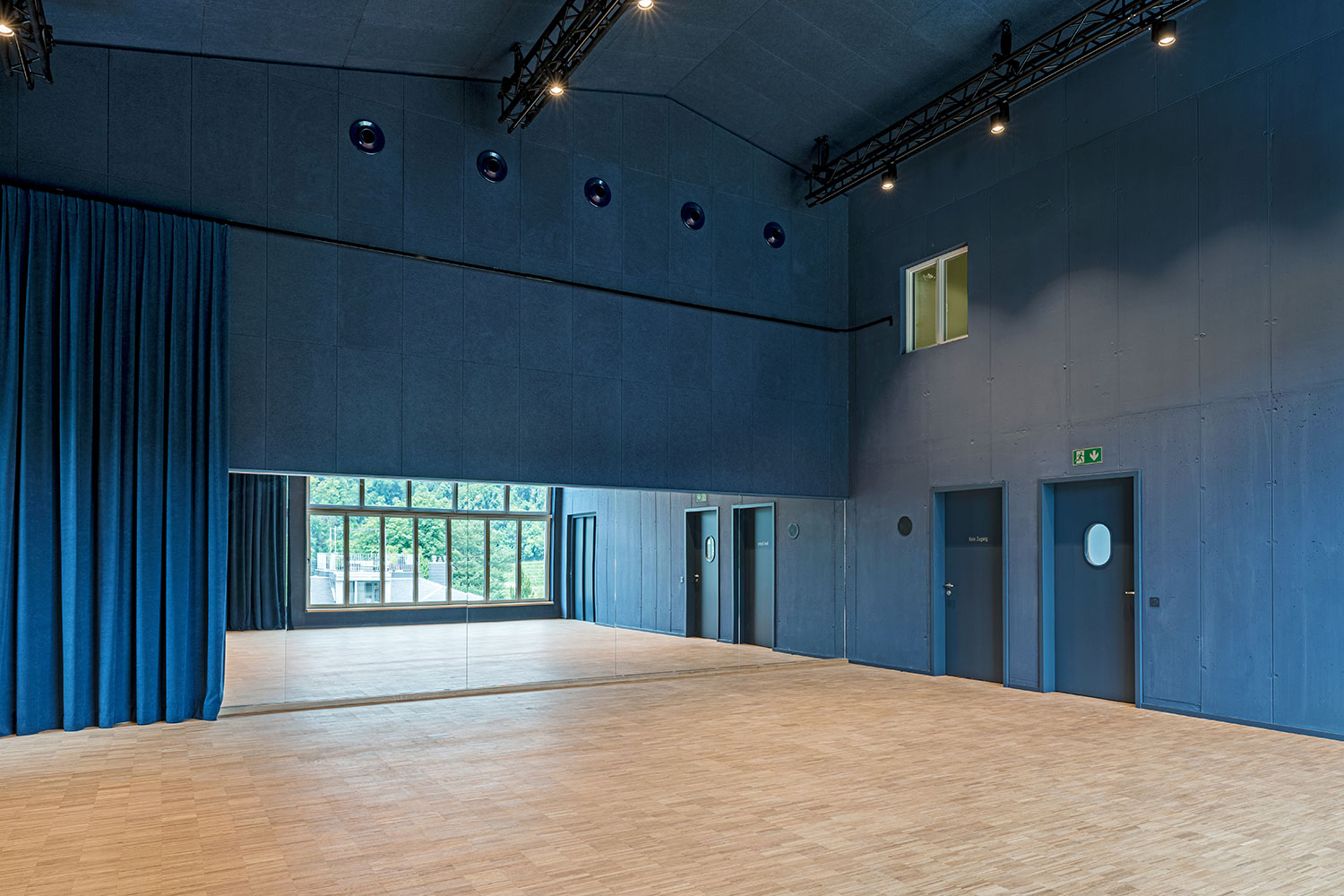 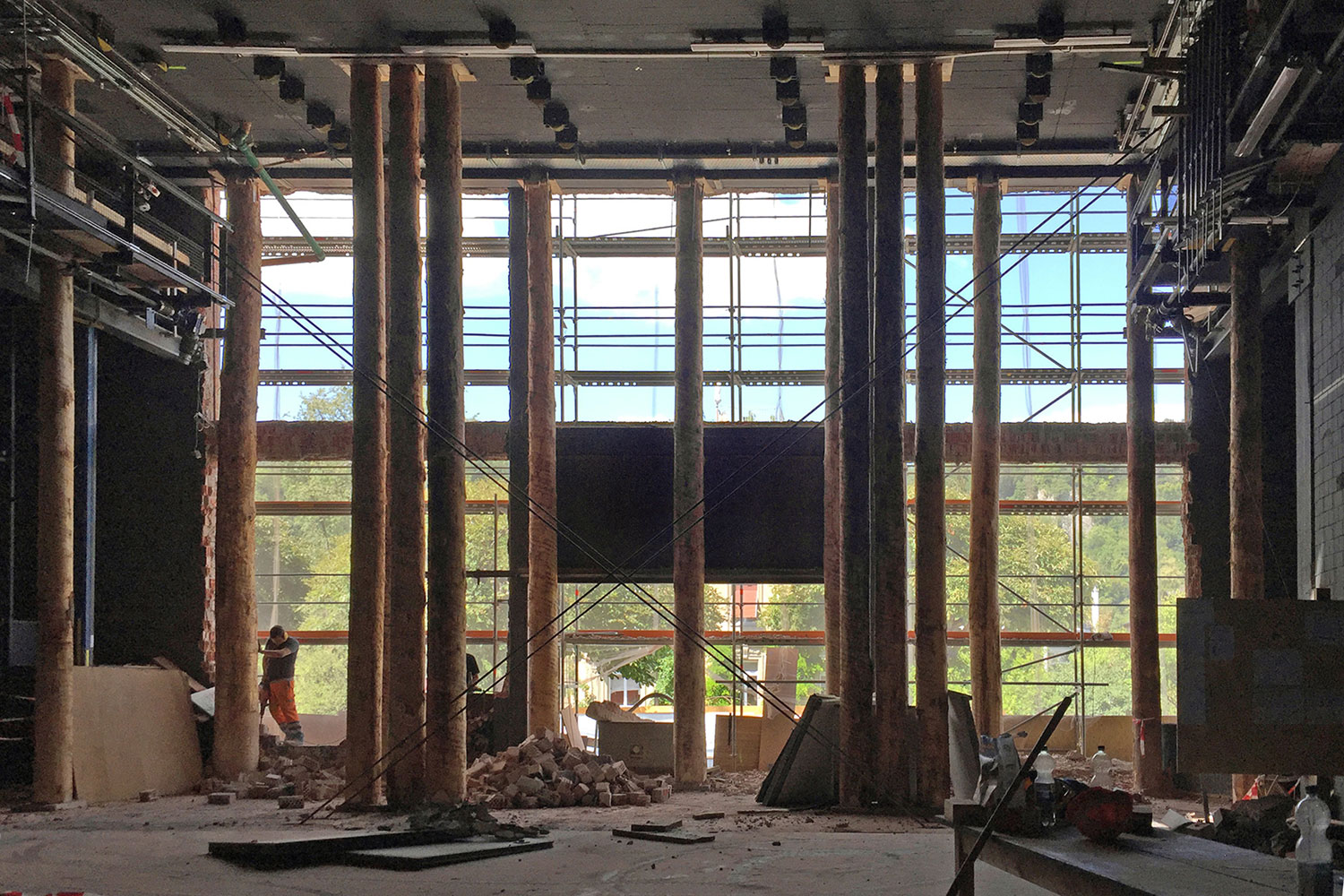 Built in 1952 as a summer theatre, the listed Kurtheater was renovated and expanded extensively. The expansion includes a new backstage, rehearsal space and an addition to the foyer. The seismic safety of the existing theatre building was increased.

In order to ensure contemporary operation of the theatre, the stage structure was added to on the north side by a newly constructed backstage area. The new structure was built as a cantilevered solid construction so as not to place any additional load on the existing stage structure. The interior and exterior masonry walls of the auditorium, which are under monument protection, were reinforced against the impact of earthquakes by means of vertical prestressing. Additional reinforced concrete walls anchored with micropiles and steel trestles serve as further seismic retrofitting measures. In the Sachs Foyer, the steel components were strengthened in close consultation with the monument preservation authorities, with maximum protection of appearance and structural integrity so as to increase the insufficient load-bearing reserves.