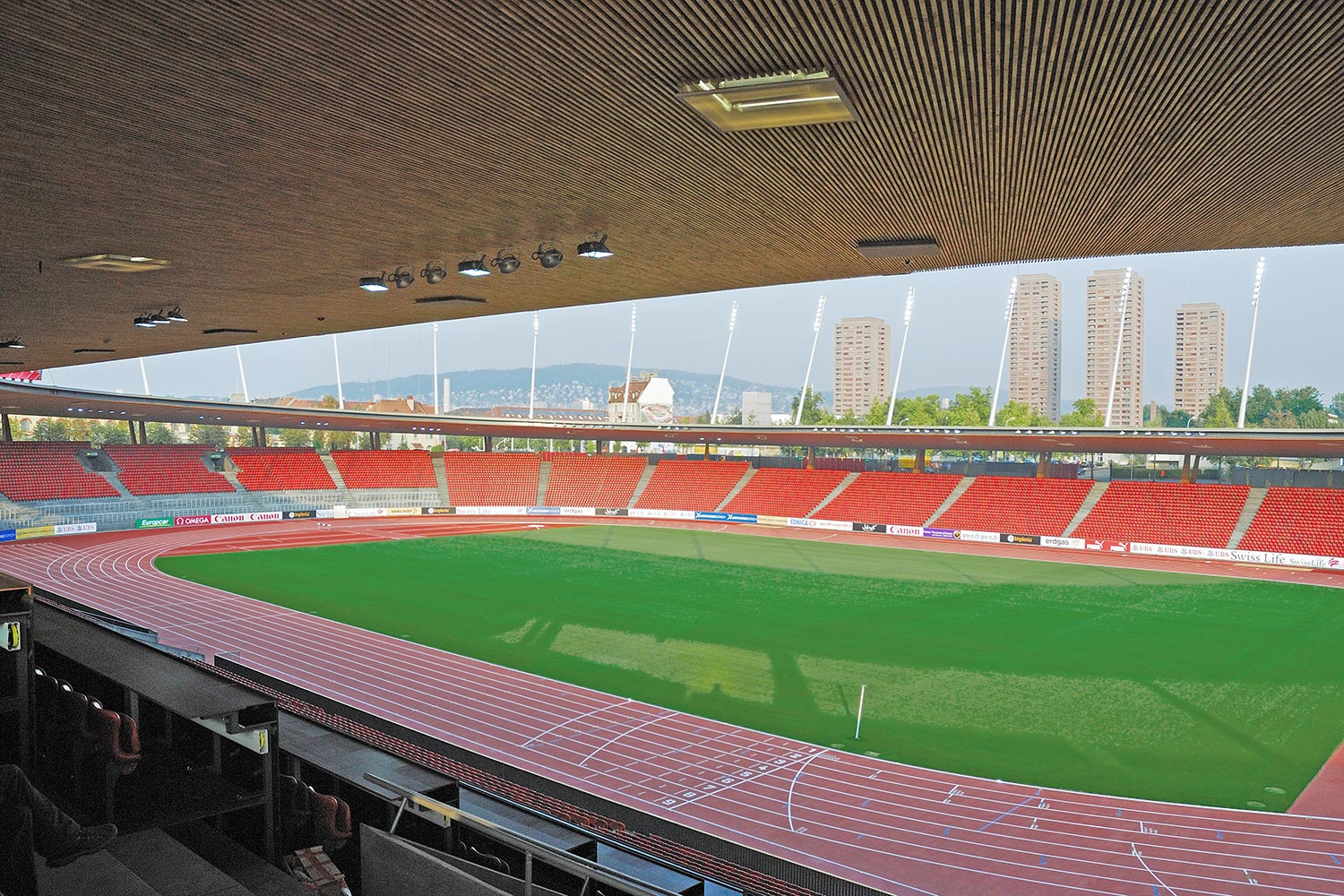 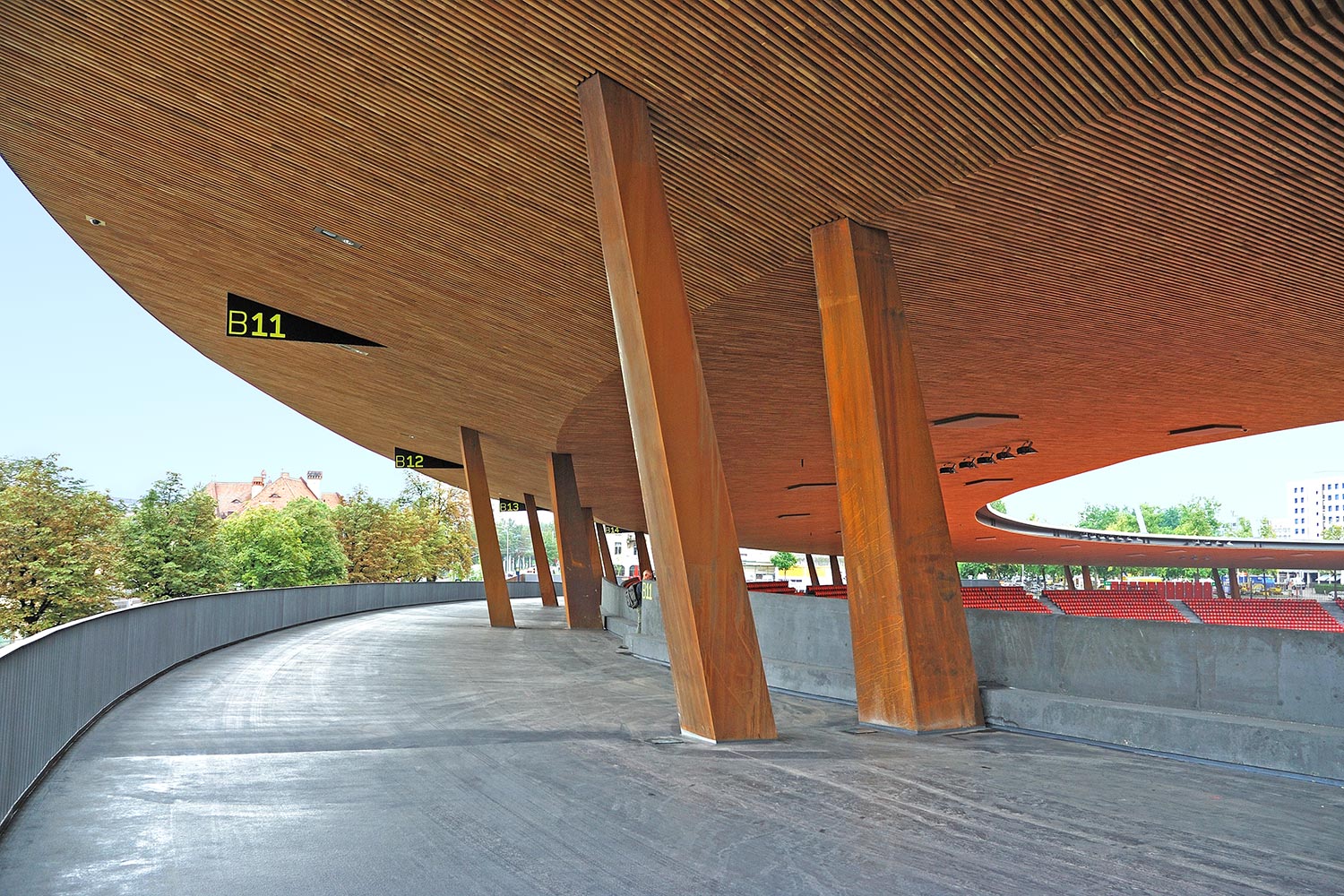 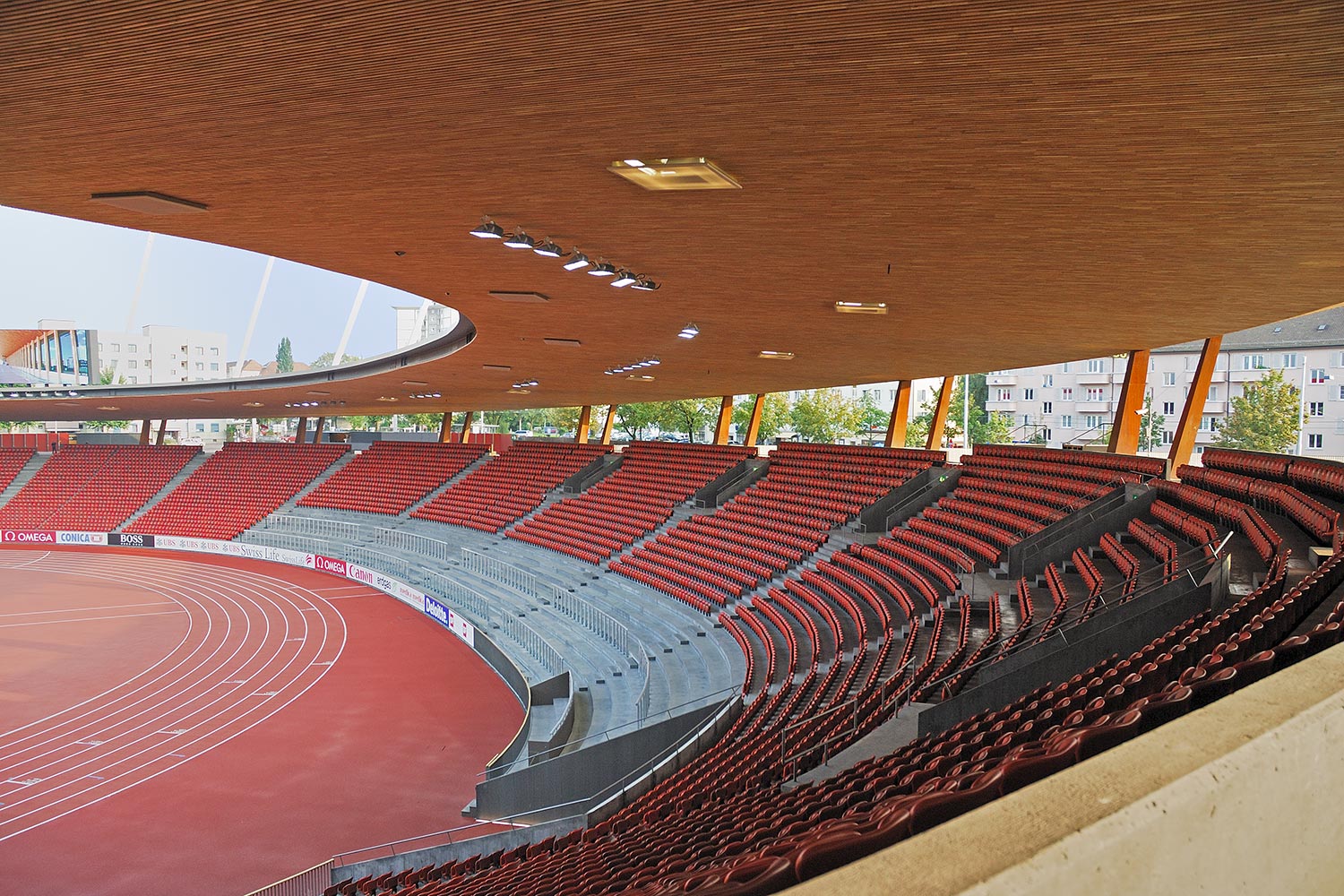 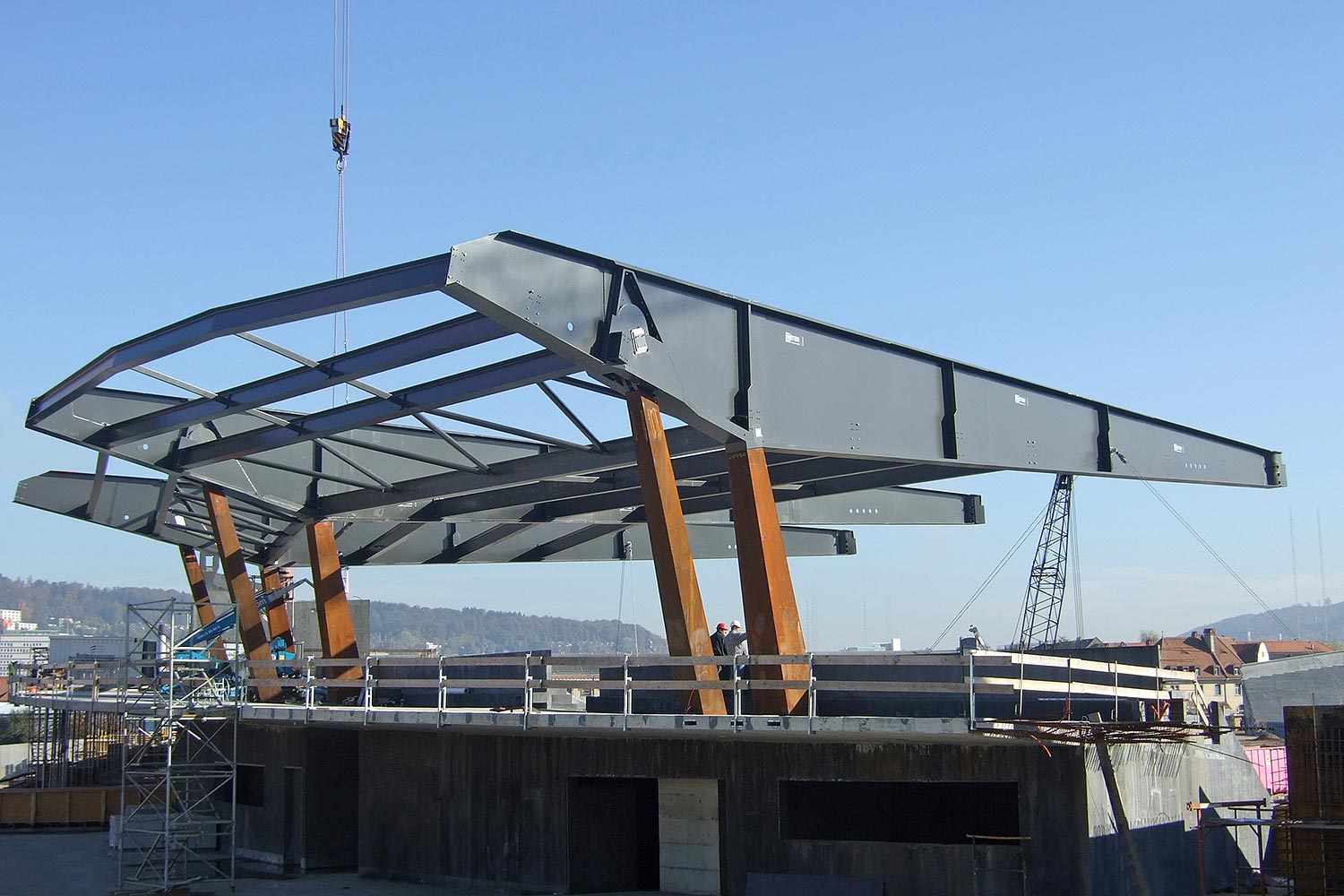 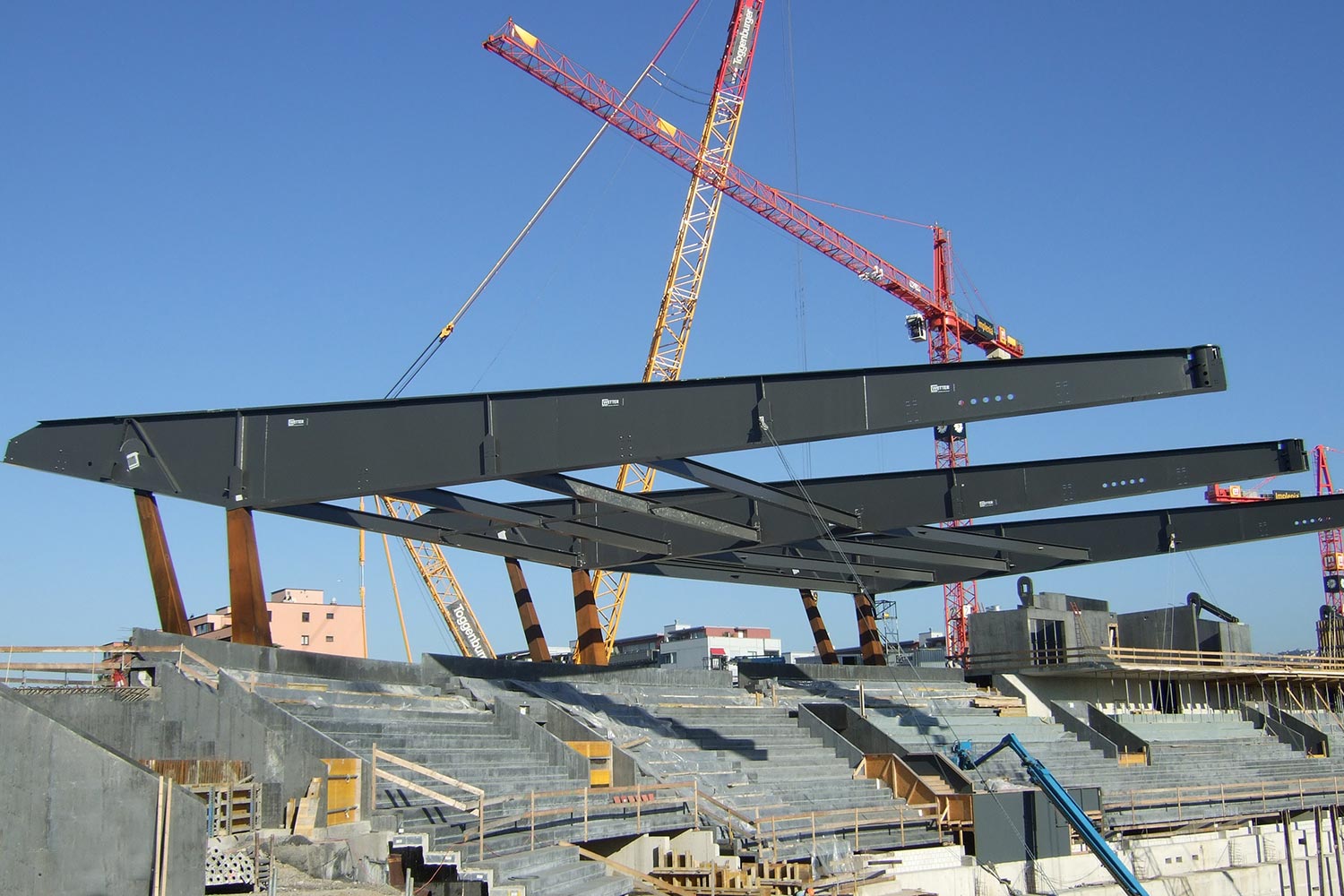 With its 22,000 m2, the roof is one of the biggest in Switzerland. 31 solid web trusses made of welded plates are each held by a compression column and a tie member. Protruding out up to 34 m, the end of each one bears a lighting mast up to 27 m high.

The roof support columns are erratic because they connect the differing geometries of the stands and the roof. They are designed as steel-and-concrete composite columns, which are fixed at the base. Their square cross-sections are inclined in different ways and, tapering towards their top ends, twist around their centre axes. In the building area, the stands are made of prefabricated accordion slabs that rest on saw-tooth walls. In the other areas, the stands rest directly on a slope. The arena is dug 7 m into the terrain. A portion of the over 240,000 m3 of excavated material was valuable gravel of Grades I and II. The material was crushed, sorted and made into concrete on site, and used for the in-situ concrete elements in the stadium. This avoided many delivery and removal transport movements. The stadium received the European Steel Design Award for 2009.