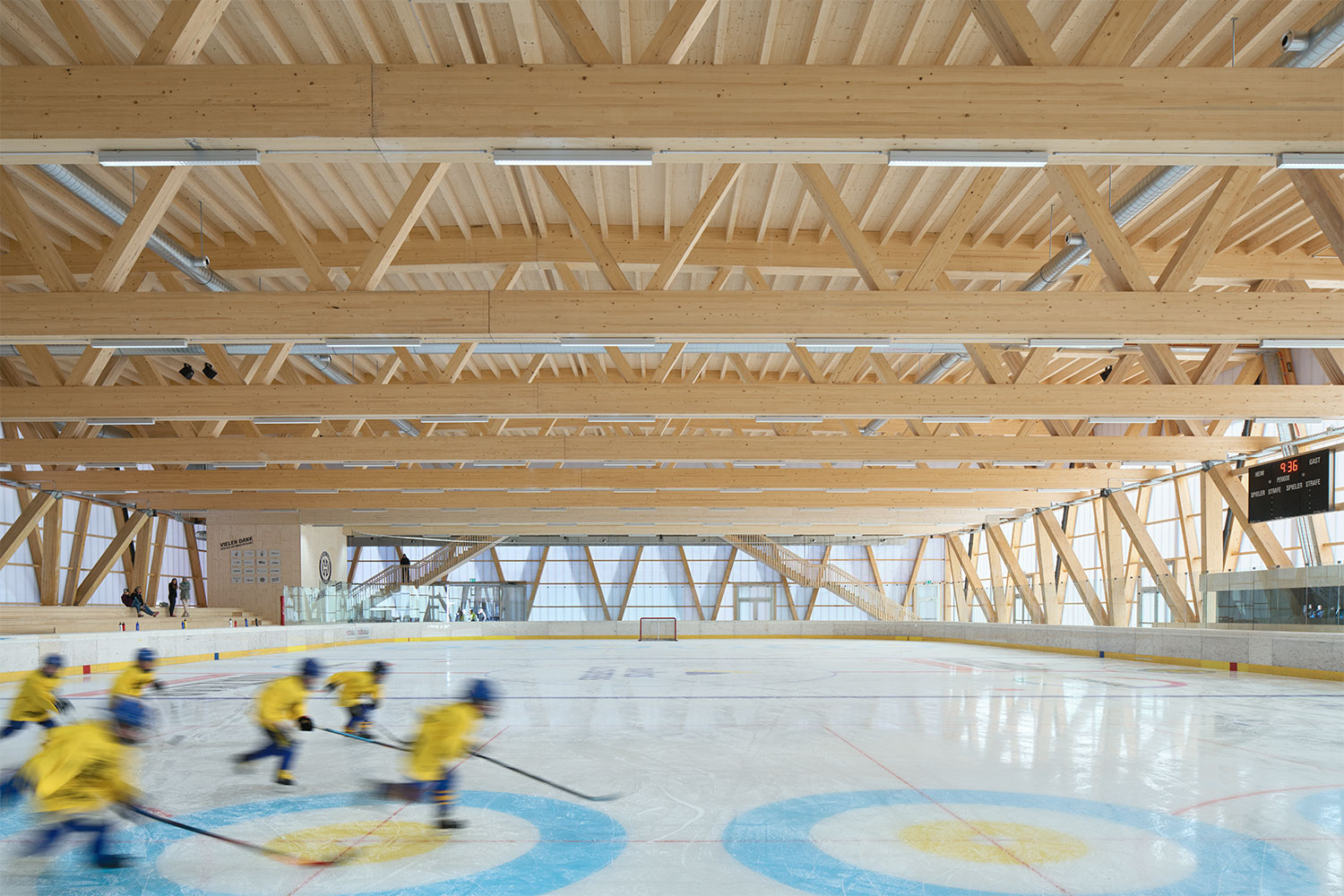 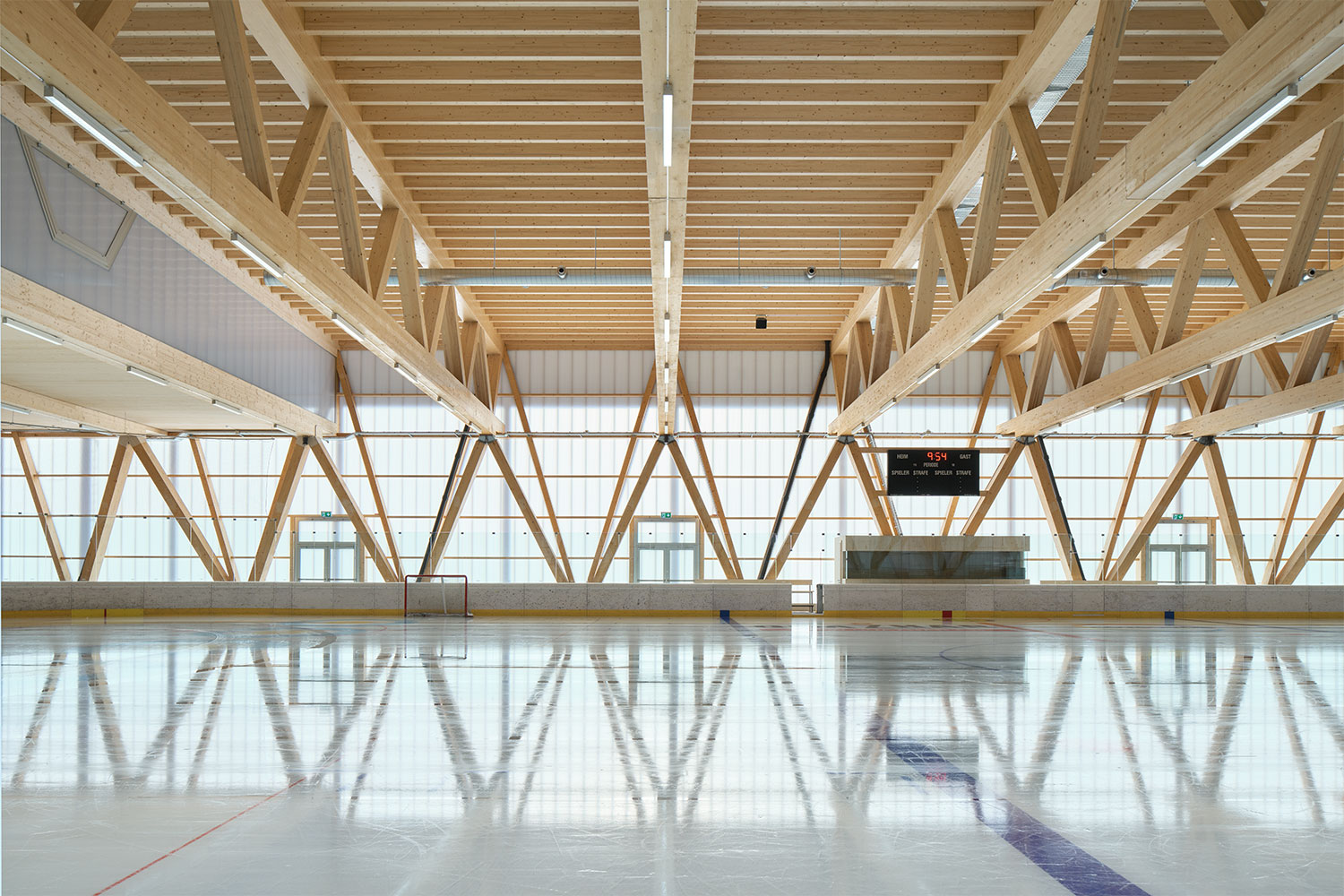 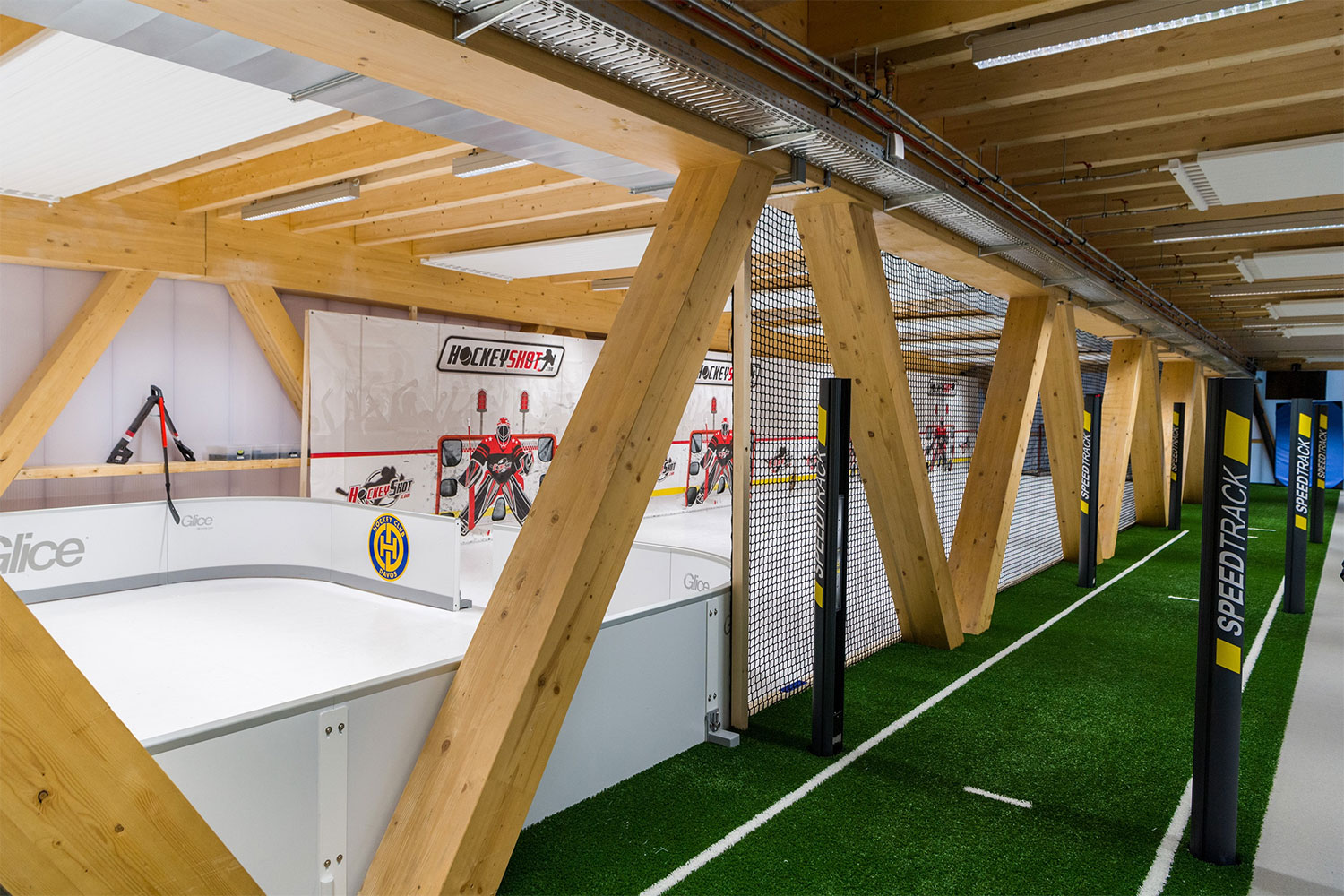 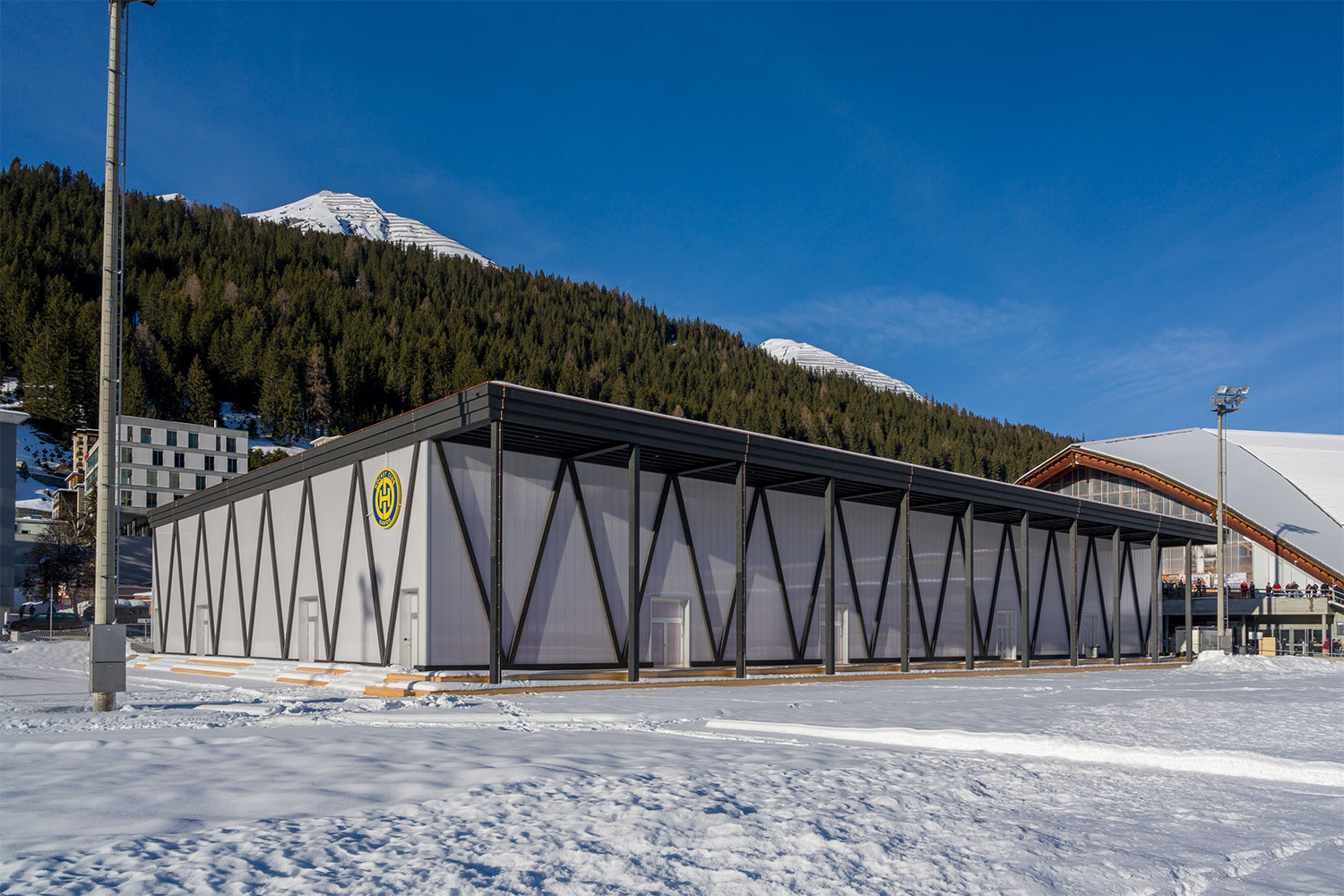 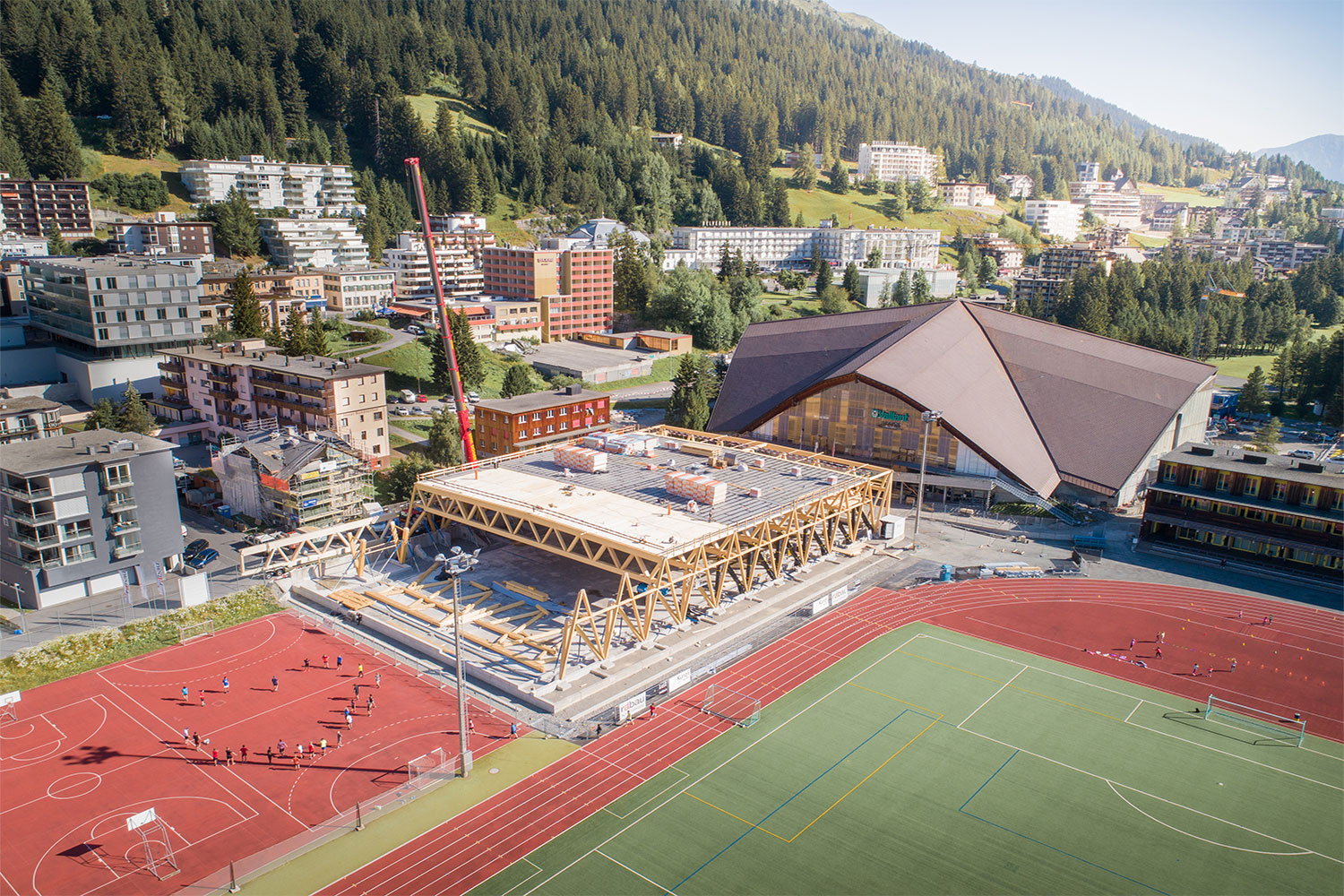 Right next to the famous Vaillant Arena, the HCD had a hall built over the existing outdoor ice rink, thus creating a year-round training facility. The ice rink is spanned by 4.2-m-high timber trusses. Two galleries are suspended six metres above the floor between the last two trusses, which are used for off-ice and goalie training.

Ten wooden trusses span the existing ice rink as well as the grandstand over 41 m without columns. The trusses rest on two strut supports on each side. One strut support is inclined towards the inside, and the other is in the plane of the façade. The truss and strut frames thus together form a supporting frame structure. This static system is robust, enables a reduction of the stresses in the centre of the field and serves to stiffen the hall in the transverse and longitu-dinal directions. Since the 41-m-long truss girders could not be transported in one piece, they abut in the middle of the field. The abutting compressive forces in the upper chord can be easily transmitted via a grouting mortar. A pretension cable is inserted to reduce the difficult tensile forces that have to be transmitted in the bottom chord. The residual tensile force is transmitted via glued-in threaded rods. Prefabricated rib elements are suspended between the top truss chords as a secondary supporting structure and are connected to the top truss chords with fully threaded bolts. A ribbed ceiling is inserted between the last two bays at the level of the bottom chords of the trusses, allowing the spaces to be used as galleries.