Reconstruction of a Dzong in Bhutan

On 24 June 2012 the Wangdue Phodrang Dzong was within seven hours completely gutted by a fire caused by a short circuit. Typically built from clay-bound quarry stone masonry, rammed clay and wood, dzongs are a type of fortress in Bhutan which house a regional administration and a Buddhist monastery. Along with four other com-plexes, Wangdue Phodrang Dzong is listed to become a World Heritage Site. 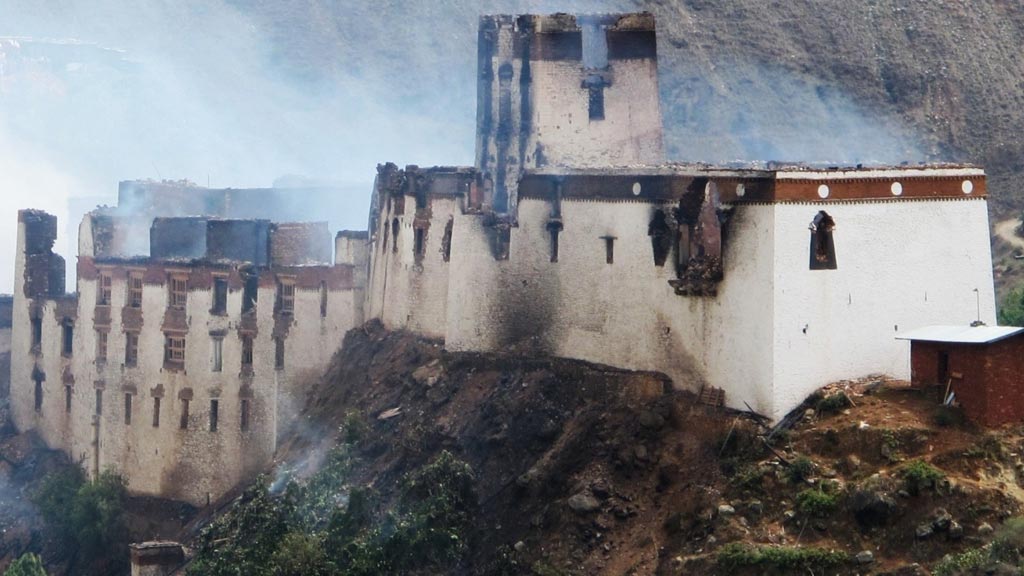 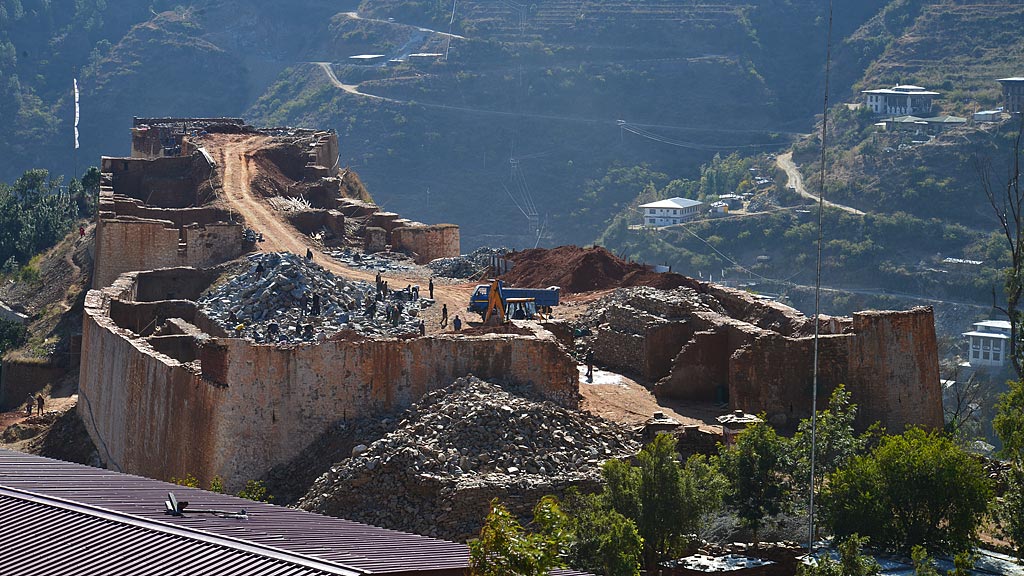 The pictures show the complex during the fire (top) and after the damaged parts of the building were removed (bottom).

In January 2015 at a workshop together with the Division for the Conservation of Heritage Sites and professors from around the world, WaltGalmarini had the privilege of developing concepts for how it would be possible to modify the traditional construction method so as to significantly increase the earthquake resistance of buildings constructed in the traditional manner. Subsequently, WaltGalmarini was allowed to provide advice for the Division for the Con-servation of Heritage Sites on site for half a year regarding the reconstruction work on the one hand and the devel-opment of engineering expertise and testing methods in Bhutan on the other hand. In the process, WaltGalmarini developed a foundation with seismic isolation for the utse, the main tower of the dzong. In addition, it was possible to work out a strategy for a research institute and a concept for a laboratory building with an anchoring floor and a reactive wall.