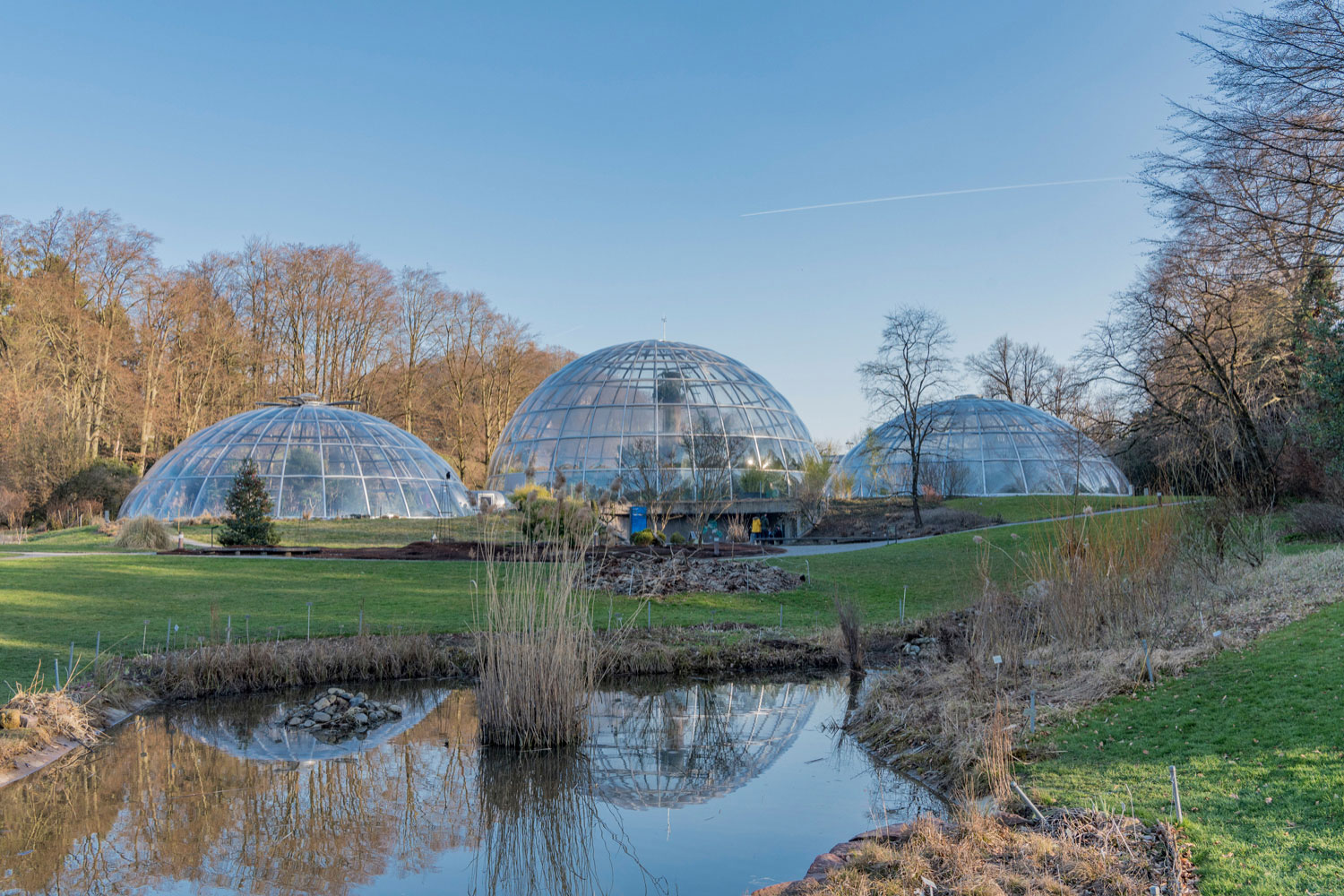 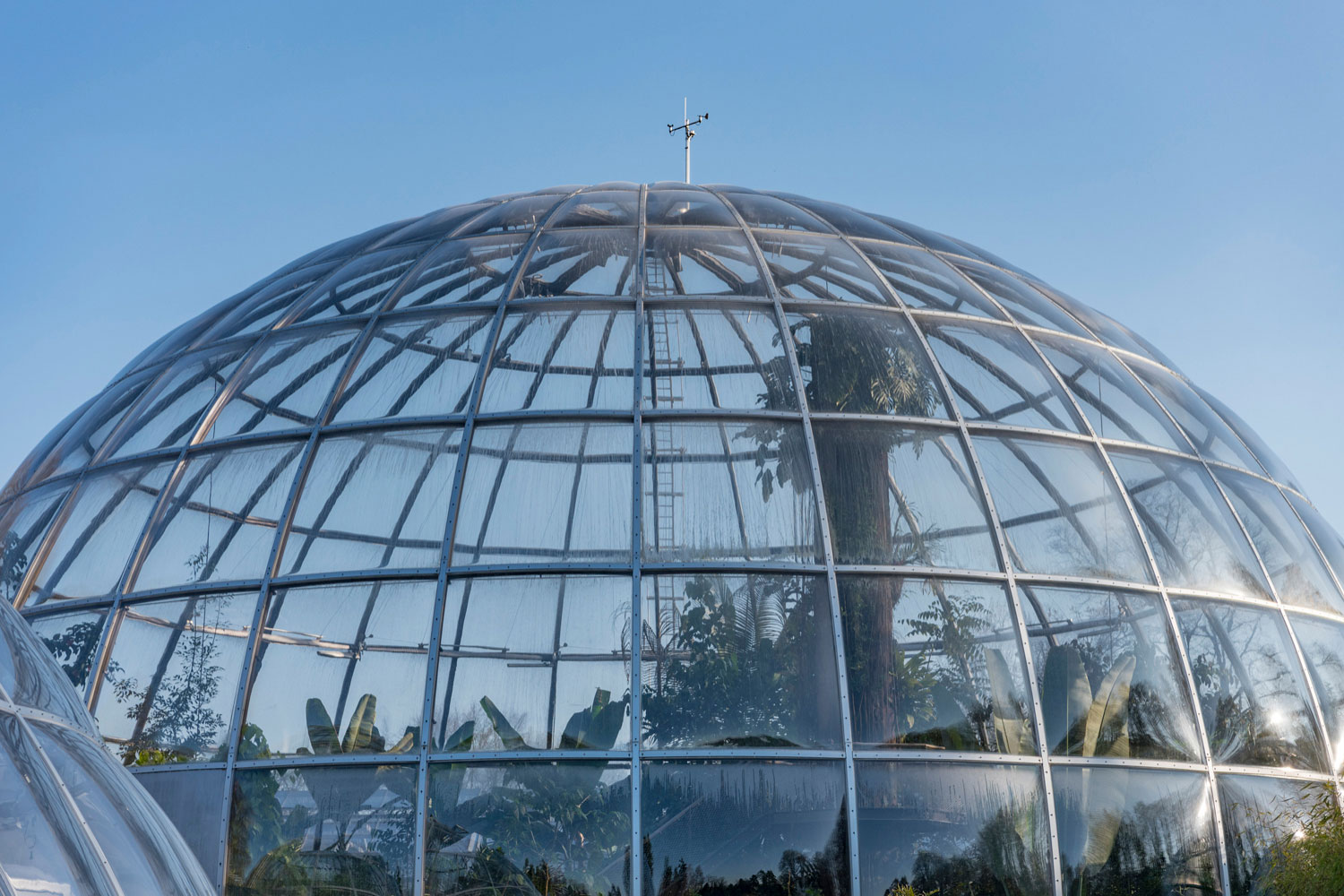 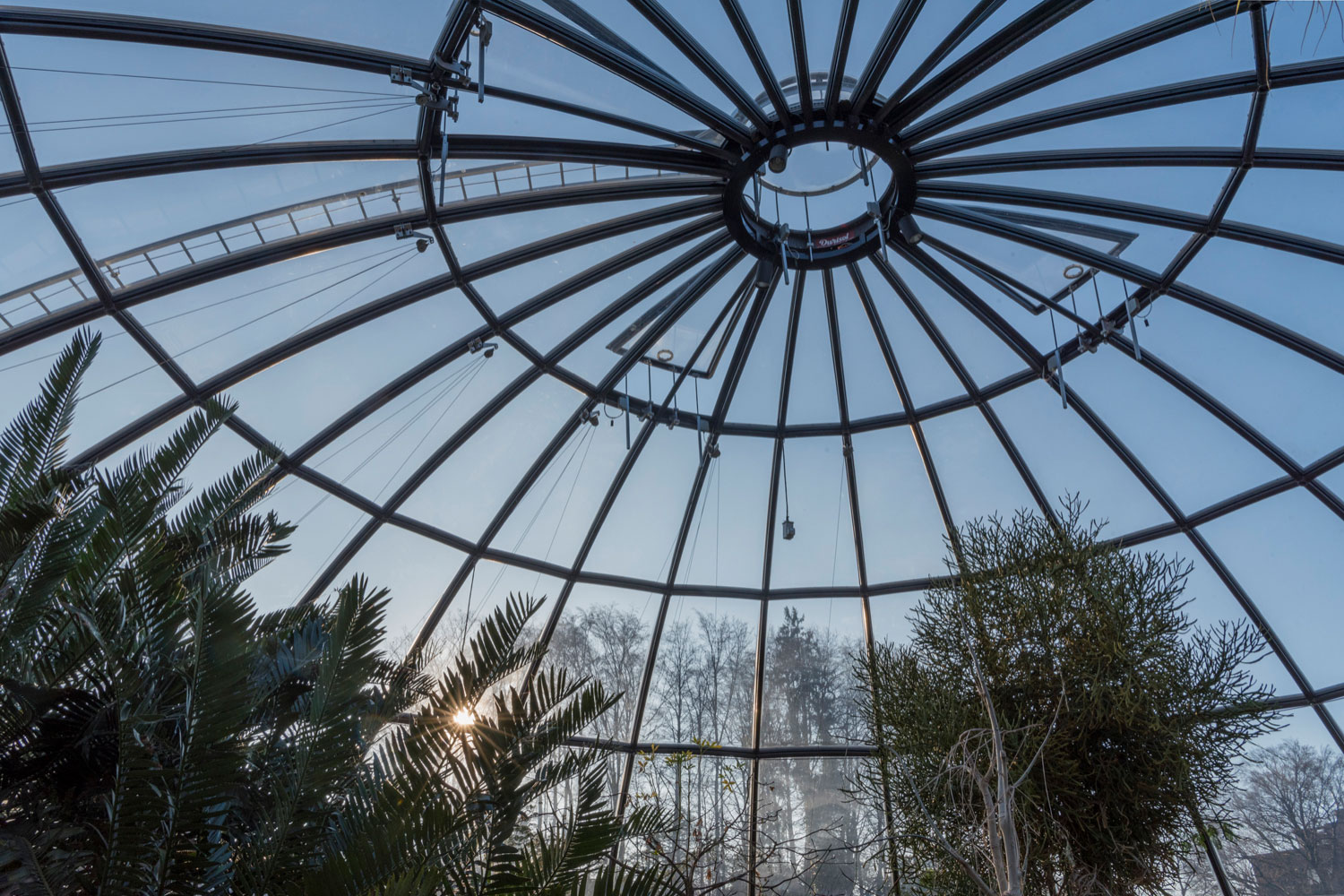 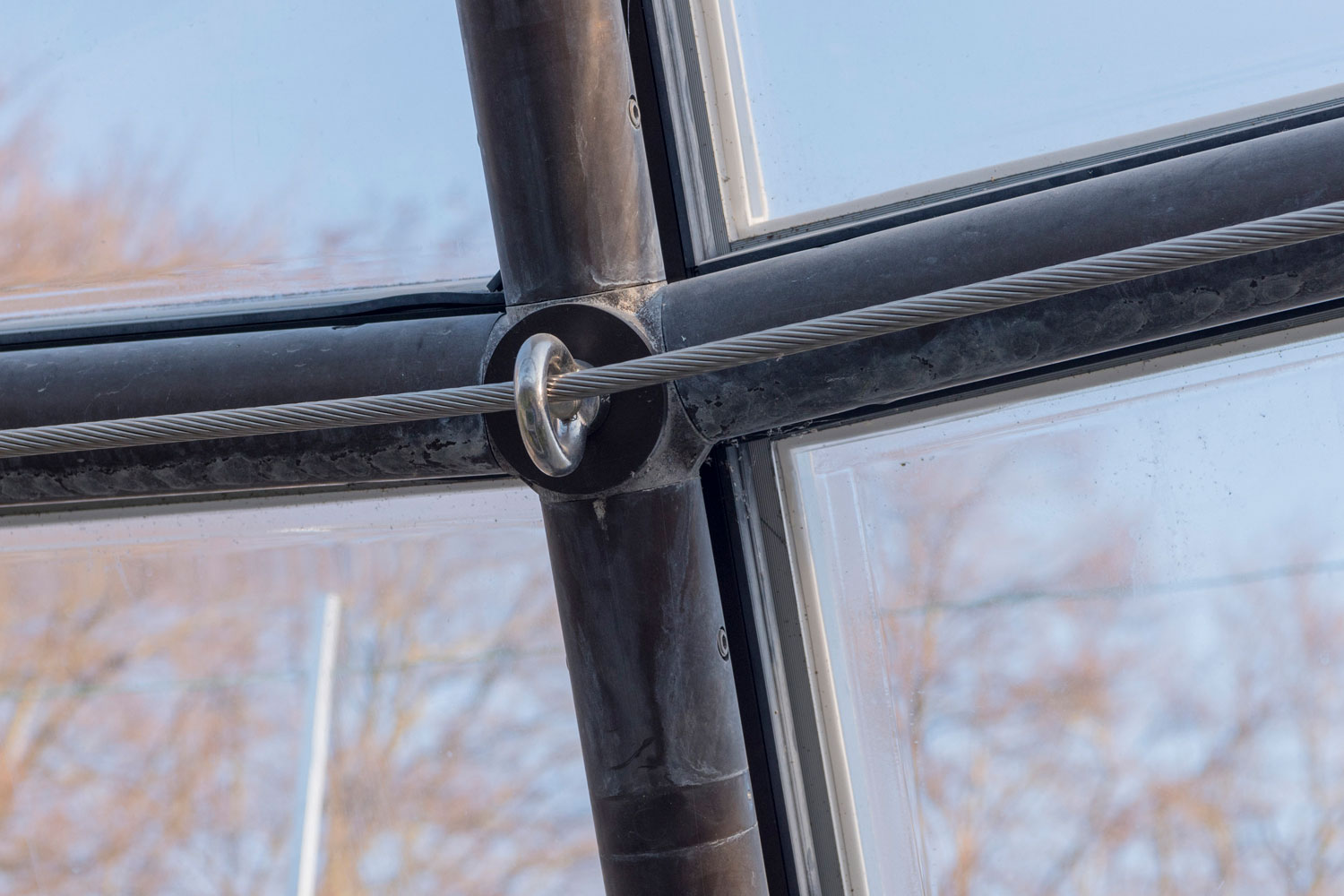 Replacement of Glass-Domed Greenhouses at the Botanical Garden of Zurich

The domes of the palm houses, which dated back to 1997 and are the hallmark of the Botanical Garden, had lost much of their translucency, which had a detrimental effect on plant growth. This and other signs of aging in the buildings and building services necessitated extensive renovation.

The use of structural sealant glazing allowed the filigree structure of the domes made of slen-der aluminium tubes to continue to be used, thus preserving the special character of the glass-domed greenhouses. In addition, horizontal pretensioning was installed, which permanently exerts pressure on the brittle cast aluminium nodes already in place.

Structural Engineering Office of the Canton of Zurich

Examination of condition, providing support and guidance for materials reviews, developing refurbishment and upgrading measures compatible with requirements for preservation of historical monuments