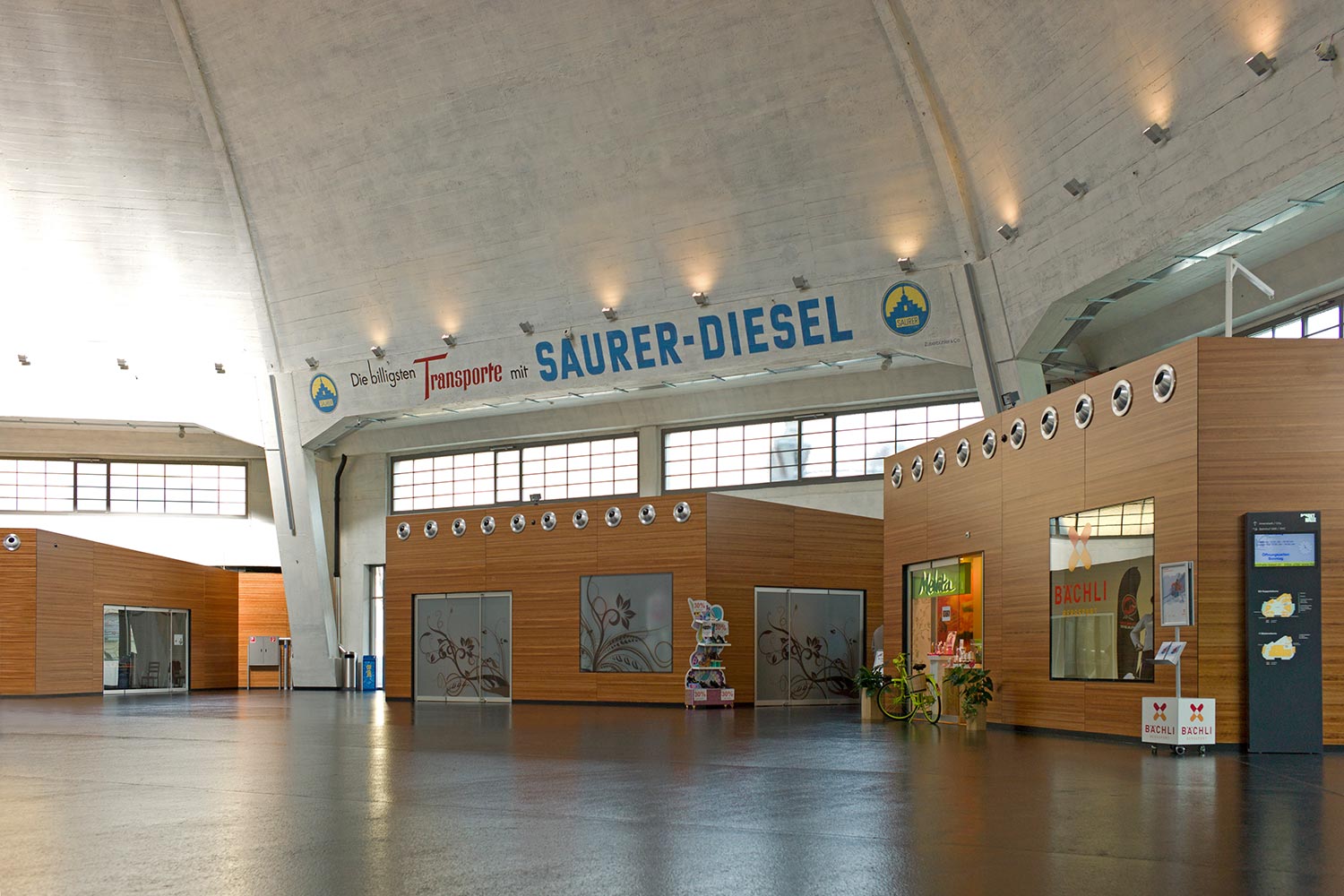 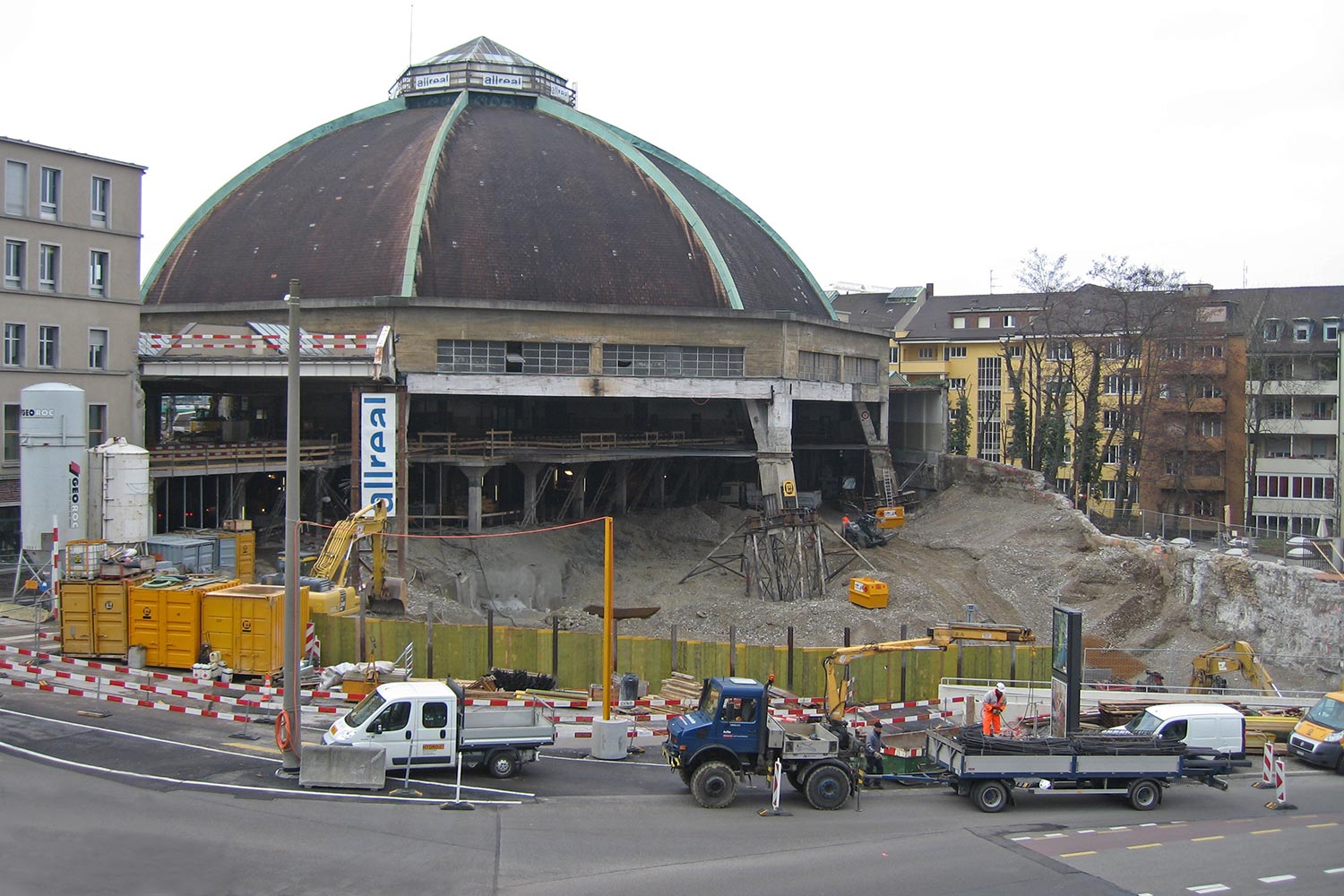 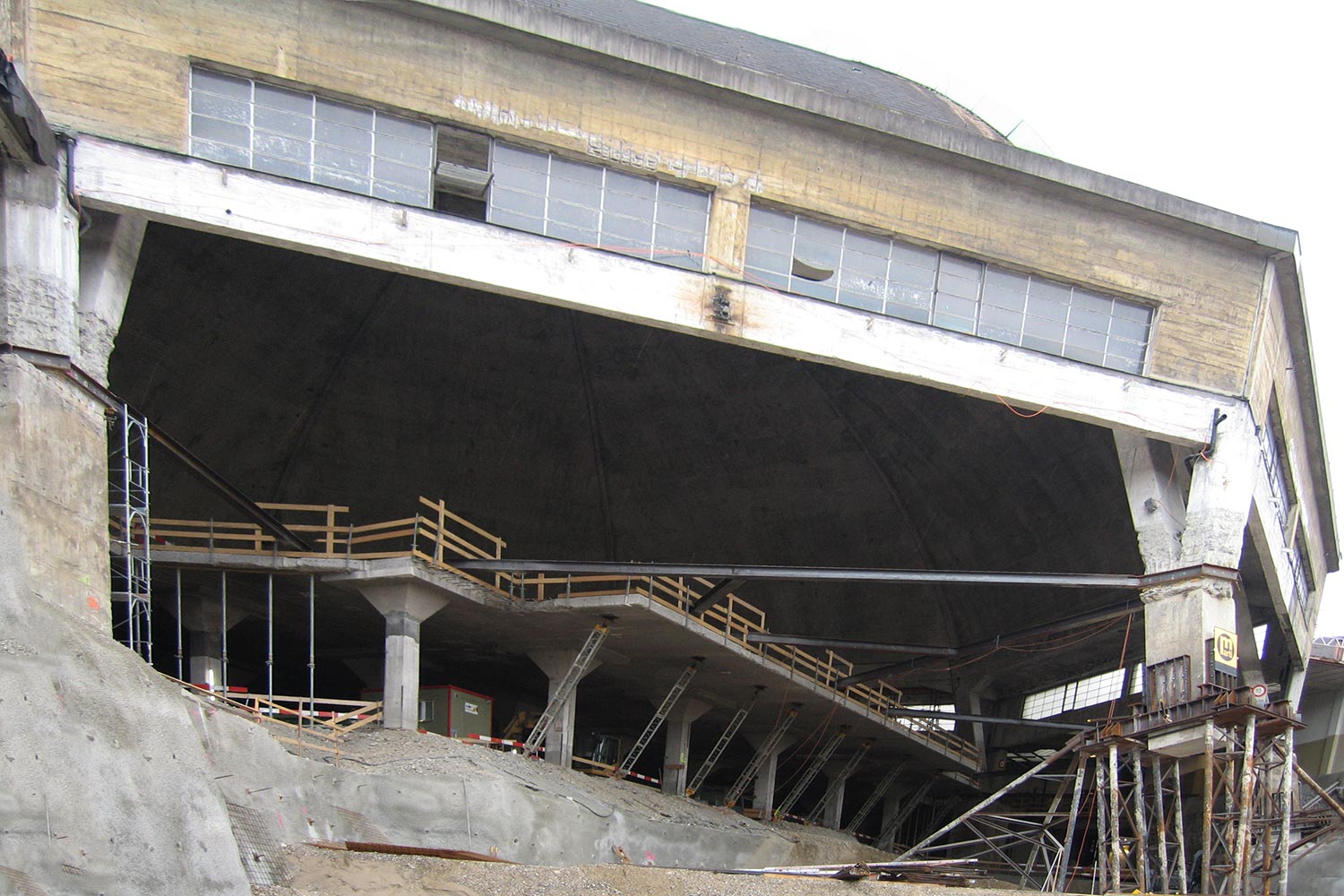 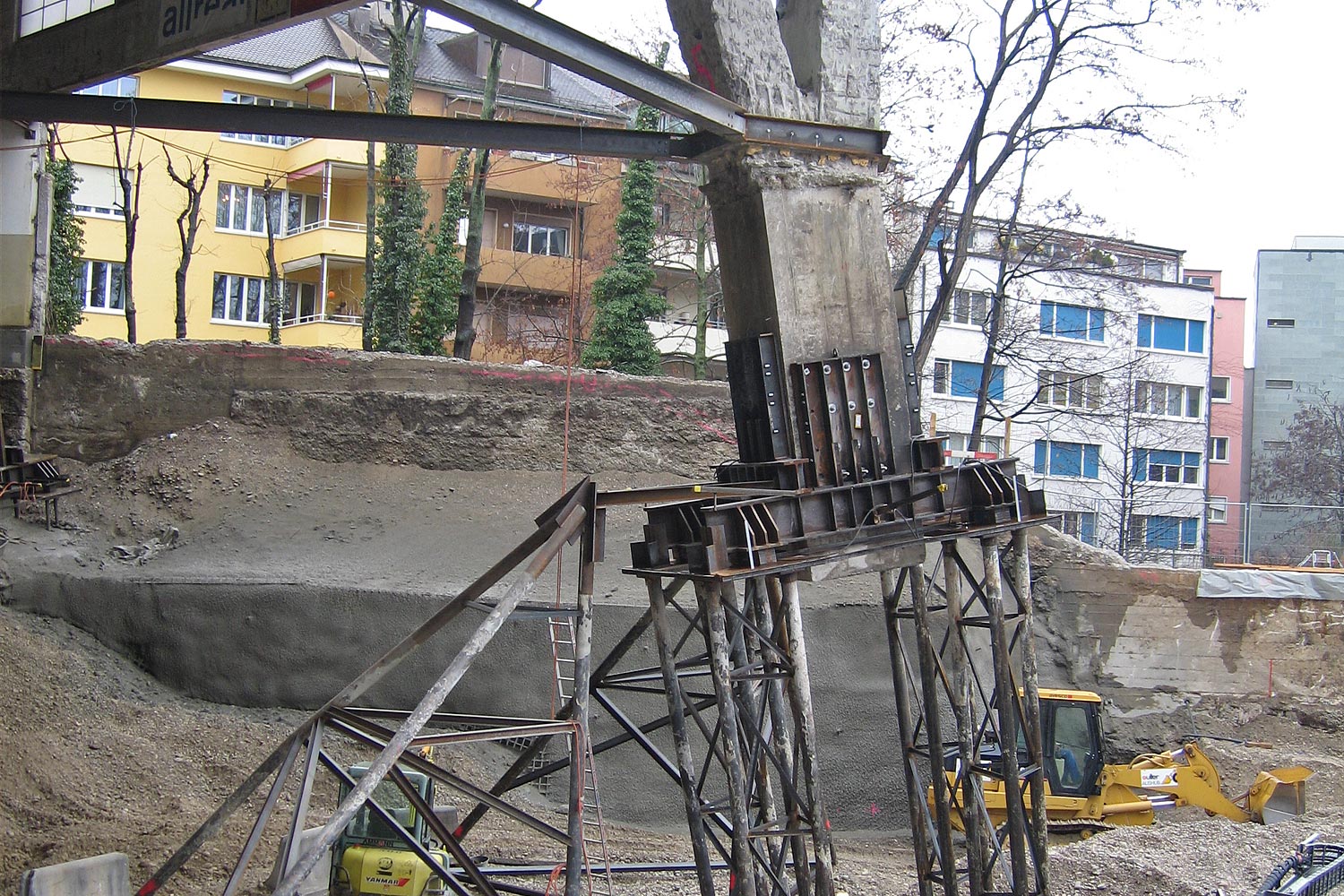 The Markthalle Basel was built in 1929. It consists of a reinforced concrete dome 60 m in diameter, a U-shaped multi-storey surrounding building and a flat roof running between them made of steel trusses that span up 23 m.

After 75 years, the indoor market was given a new use as a shopping centre and at the same time put under a preservation order. For the conversion, the existing structural fabric of the building was enlarged, reinforced and the supporting structure repaired. The most significant structural expansion was the construction of four underground floors below one half of the existing domed hall. All the existing load-bearing elements under which the new underground floor runs had to be temporarily propped up and given new foundations. Among other things, one of the eight existing dome support columns had to pass through the new floors and be extended by 5 m. To do this, the 400-tonne load on the support column had to be temporarily propped up using a steel trestle made of micropiles.