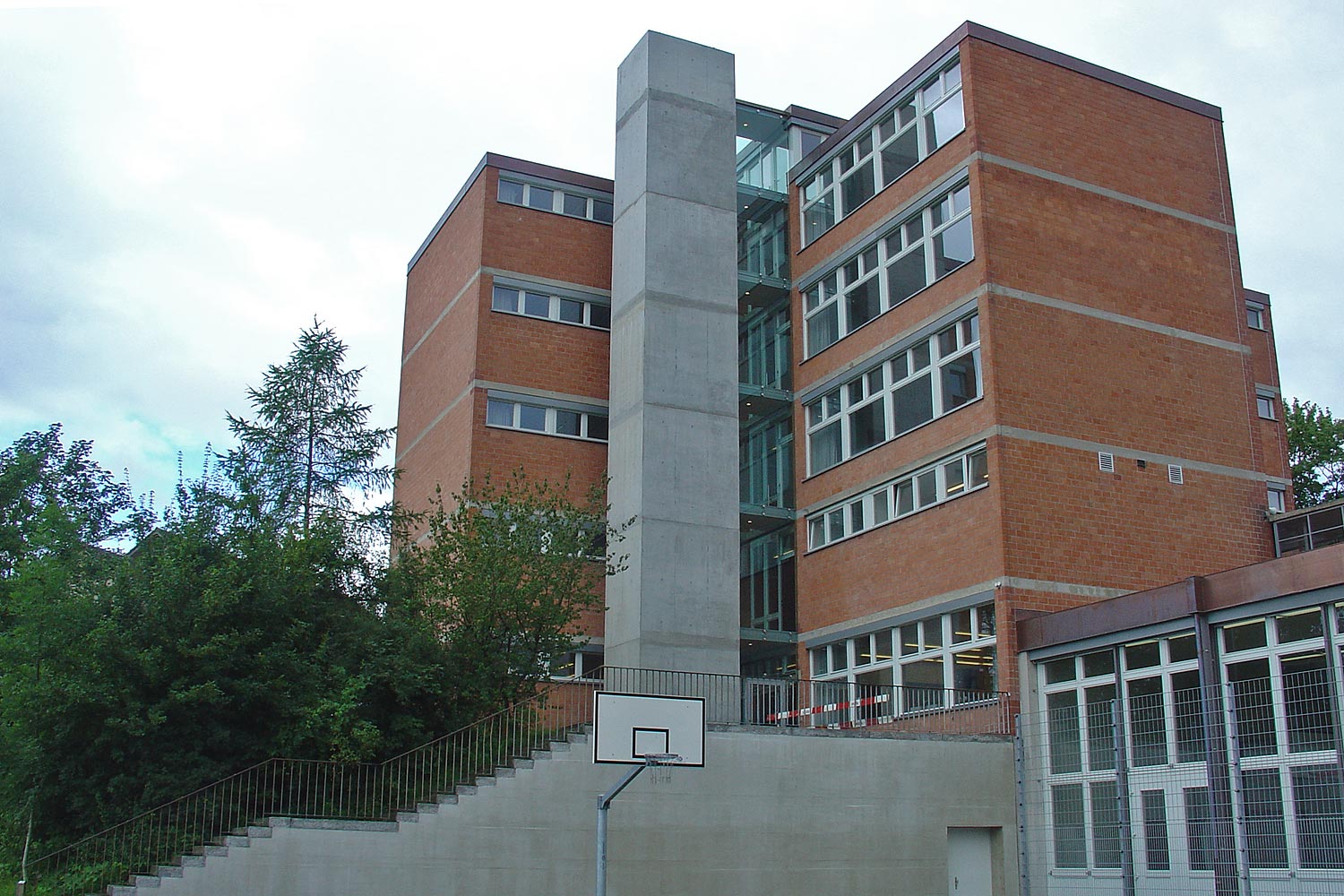 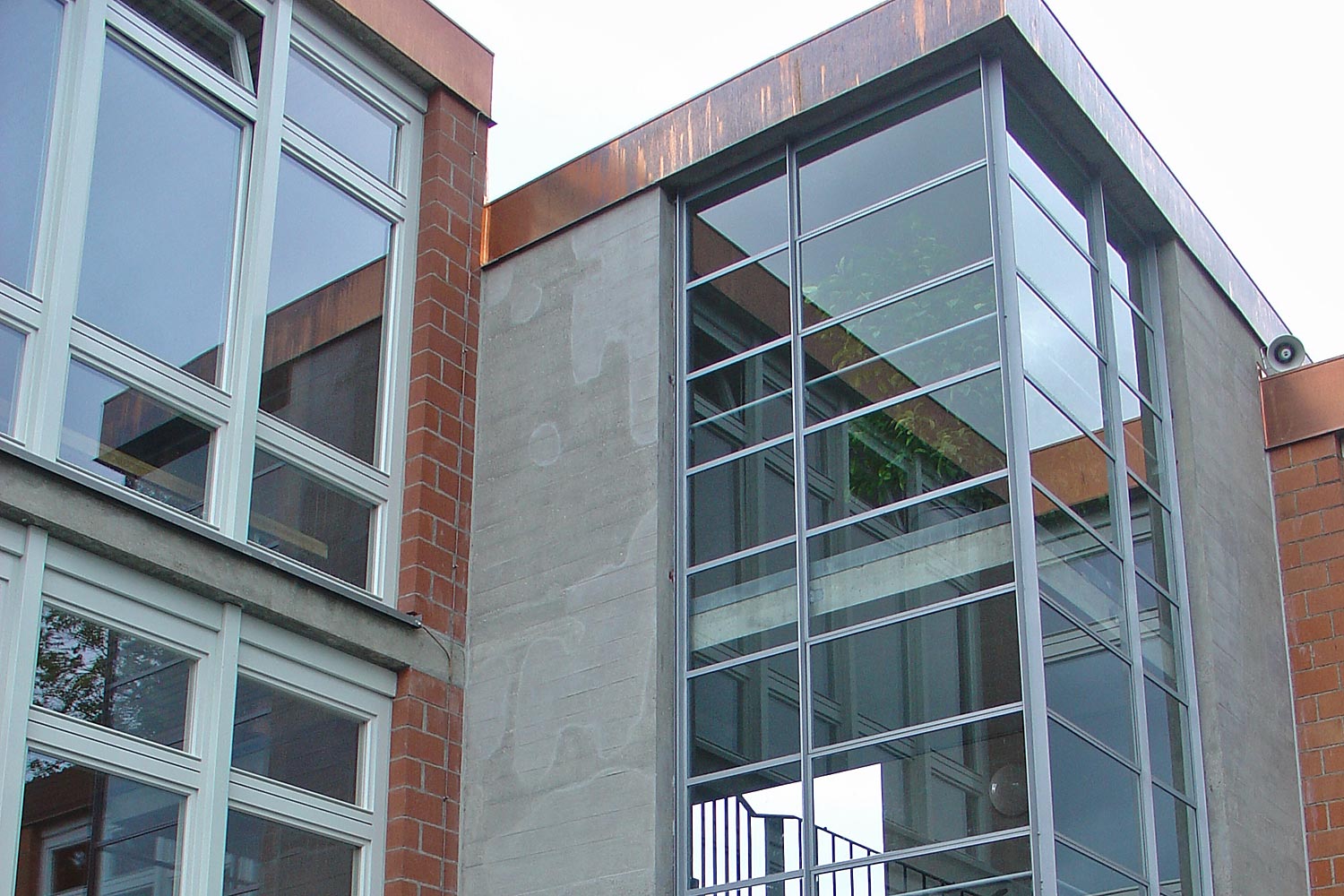 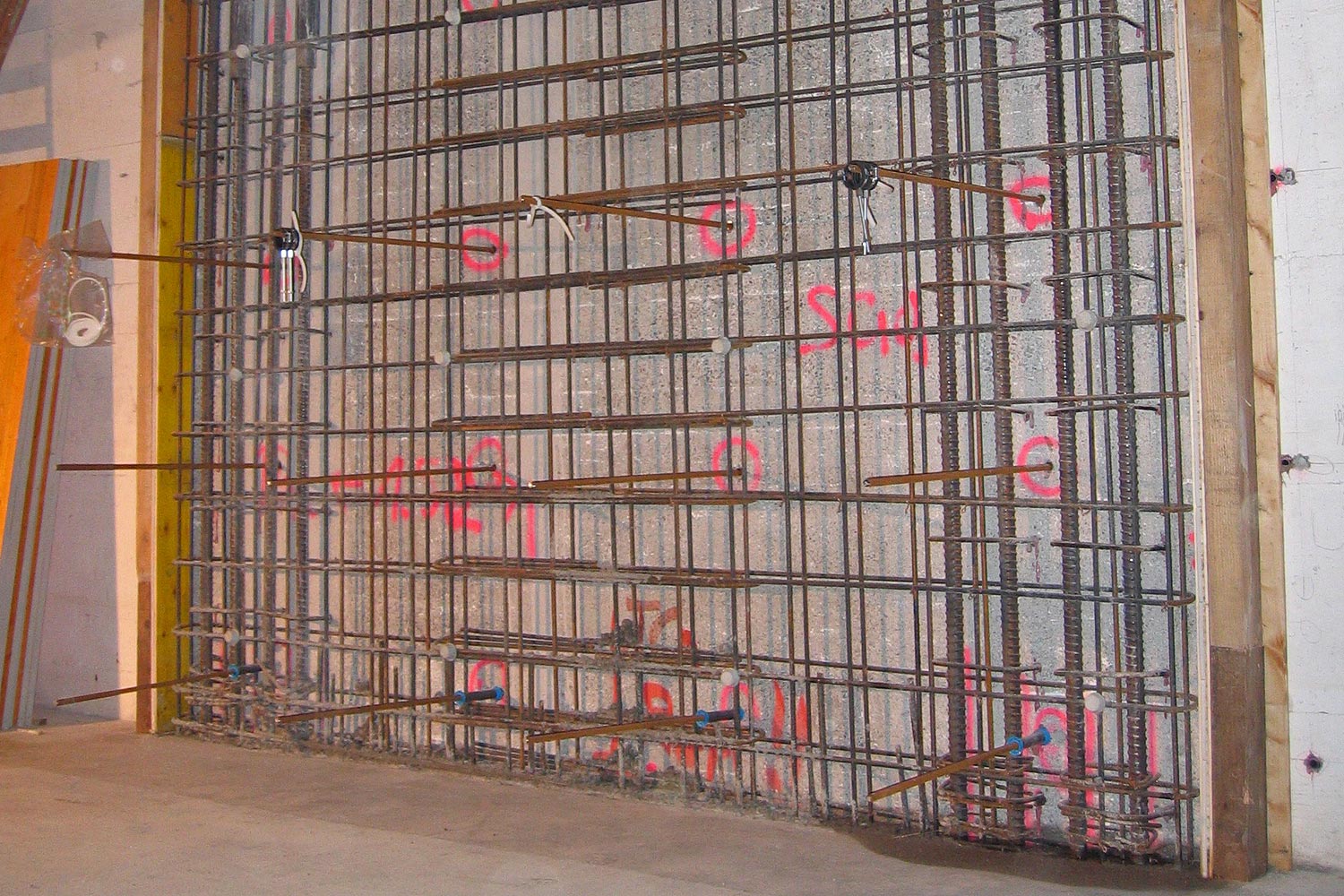 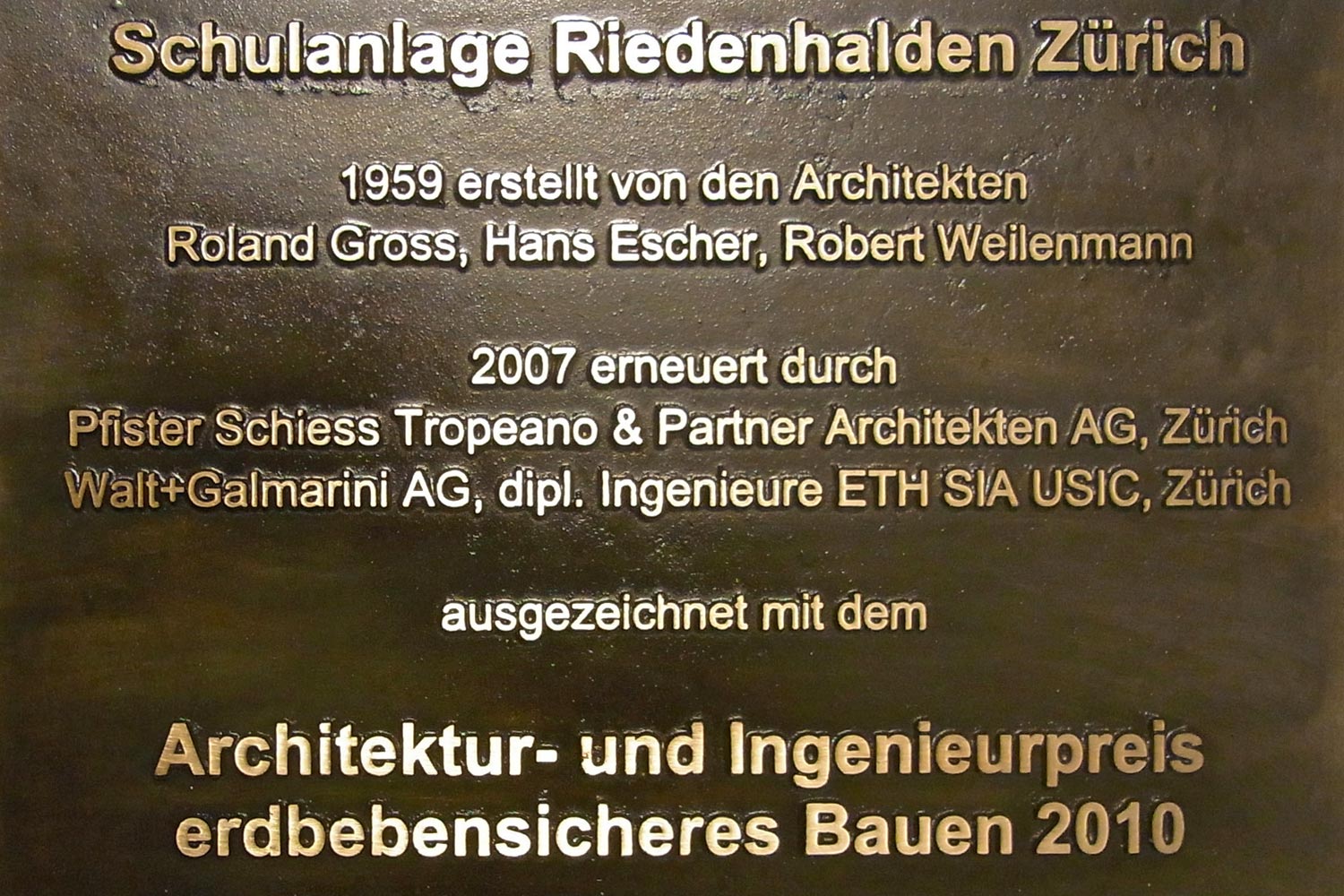 The Riedenhalden school complex, which was built between 1957 and 1959, is listed as protected property by the body for the preservation of historical monuments. The school complex’s significant and unifying element is its recurrent brick-and-concrete façade. In combining the materials of concrete and masonry, some procedures relevant to building physics were only insufficiently taken account of, facilitating damaging mechanisms which, after 50 years of impact, had caused a significant need for repairs.

In the course of refurbishing work carried out in 2007, the brick-and-concrete façades were refurbished, the five-storey secondary school building was strengthened against seismic action and the school complex was adapted to modern requirements. The earthquake reinforcement was awarded the Architektur- und Ingenieurpreis erdbebensicheres Bauen 2010 [Architecture and Engineering Award for Earthquake-proof Building 2010] of the Stiftung für Baudynamik und Erdbebeningenieurwesen [Foundation for Structural Dynamics and Earthquake Engineering].

Developing repair concepts for the masonry and concrete, realising earthquake reinforcements taking high architectural standards into account, designing new exposed-concrete elements, providing support and assistance for the project from the conception to the final planning